In a  bid to get voters involved in the General Election beer has been used as the incentive!

The pair were among customers to be offered the chance to test out the micropub’s special election beer, Voters’ Choice, with a unique label designed by isle cartoonist, and Candles regular, Royston Robertson. 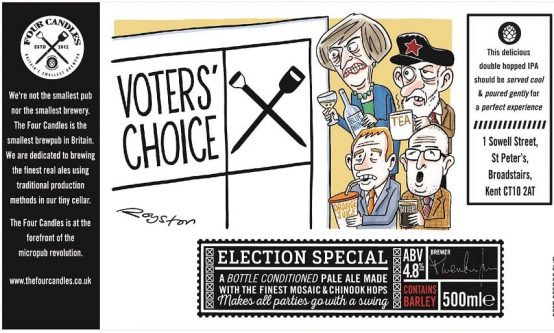 Mike said: “They came in and spoke to regulars, answering questions and there was some good banter. There wasn’t any bloodshed, it was just a chance to ask a few questions!

“We don’t support any particular political party here but do like a bit of debate, which there has been plenty of since the Brexit vote. 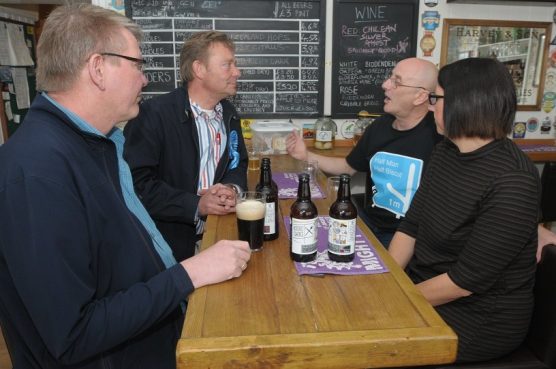 “The beer is proving very popular, in fact I had to get emergency supplies in!”

Check out the Voters’ Choice for yourself at The Four Candles in Sowell Street.