The family of a Margate mum-of-three who was murdered in her Canterbury home are calling for a Judicial Review.

Natasha Sadler and her friend Simon Gorecki were fatally stabbed by mechanic Christian Foster in March 2016 after a row about hot water spiralled out of control. Natasha’s then-20-year-old son Connaugh and another 16-year-old boy were also seriously injured by Foster in the attack at the house in Dickens Avenue.

Christian was later sentenced to 30 years behind bars. Two women who helped him by going to the double murder scene and getting rid of the weapon were also jailed last October but have since been released.

Naomi Toro, then 36, of Keyworth Mews, was jailed for one year after admitting to assisting an offender, while Samantha Groombridge, then 19, was jailed for 10 weeks for perverting the course of justice. Her sentence was, in part, shorter because the court heard she had a 14-week-old baby.

Natasha’s family launched a campaign and petition against the ‘inadequate’ sentences given to the two women. They also made four complaints regarding how the prosecution was handled and met with the chief crown prosecutor for the south east Jaswant Narwal.

They have since received confirmation that two complaints have been upheld, one partially upheld and one dismissed.

One related to the behaviour of the head of the south-east complex case unit, Nigel Pilkington, who the family say did not take their concerns seriously. This was upheld by Ms Narwal who said procedures have been followed to address it.

Other complaints related to the court not being told of Groombridge laughing about the murders on Facebook or being properly advised about family circumstances of one of the defendants.

An apology has also been made to the family by the Attorney General Jeremy Wright who has raised concerns with the CPS about the sentencing of Groombridge and Toro.

Mr Wright noted a series of delays which meant by the time his office received the family’s appeal against the women’s sentences the strict 28-day deadline had passed. The CPS had failed to inform the family that there was a deadline.

Natasha’s sister Jodie said: “It is good they upheld some of our concerns but what are they going to do about it?

“We met with Nigel Pilkington, who was in charge of the case for the CPS, in January and he just wasn’t prepared for our questions.

“There were flaws and delays and there was a lot of misleading information during the trial.

“There was leniency in sentencing because of children involved but Natasha had three kids and they now don’t have a mum.

“The sentences didn’t reflect the fact that Naomi went in the house and stepped over my dying sister. The CPS should have been paying attention to all those details.

“We want a Judicial Review. There are processes and criteria and we will be seeing a solicitor about that because this can’t just be left.

“Defendants can say anything it seems without being challenged in court. The laws around all of this need changing. There needs to be a tier for sentencing based on severity and the severity of what those women did was not reflected in their sentences.

“We can’t be the first people who have had to go through this, we are just lucky that we have each other. Sometimes it feels like we are banging our heads against a brick wall but we have got to carry on, we can’t have Natasha’s kids thinking we stood for this.

And, if this stops just one more family going through what we have then it’s worth the fight.”

A life taken too soon 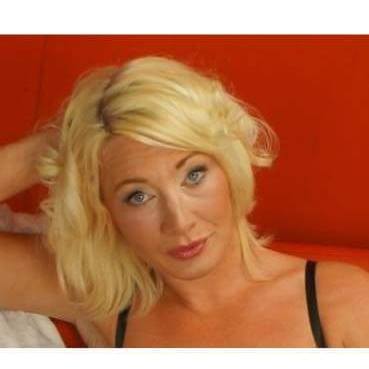 Former Hartsdown student Natasha, 40, grew up in Margate but had also lived in Belfast, Sheffield and Spain.

She completed a philosophy degree at Canterbury Christ Church University and had a love of English.

The former Drapers Mill pupil had volunteered for the British Heart Foundation and ran a marathon in Canterbury to raise cash for the National Autistic Society – a cause close to the family’s hearts.

She lived for her three boys, aged 20, 16 and five at the time of her death, had a passion for drum and bass music and politics and an “all or nothing” approach to life.
Mum June, a QEQM staff member, sisters Sheryl and Jodie and her brother Steven say they will continue their fight to gain justice for Natasha