Film crews will be catching all the action at the Spring Spectacular event in Ramsgate this month.

The show features Danny MacAskill and his team and will be the centre-piece of a huge, free family event on Bank Holiday Monday, May 29 at Government Acre. 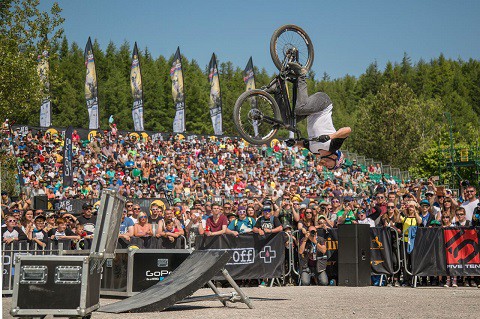 Drop And Roll was launched in 2014, when Danny, from the Isle of Skye, teamed up with top street trial riders and friends, Duncan Shaw, Alastair Clarkson and Fabio Wibmer from Austria.

The team now take their jaw-dropping skills to audiences around the globe. With over 950,000 Facebook likes and 250,000,000 YouTube views, Danny has a massive following – and some 10,000 spectators are expected to arrive for the Ramsgate event. Visitors at the Spring Spectacular will see choreographed trials displays, including transitions, jumps and technical trials riding with commentary.

The event will include shows at 11.30am and 2pm in a dedicated Cycle Zone where visitors can watch out for watch out for “Fakie Nose Manuals”, “Flairs” and “Footjam Tailwhips.”

The crew will be interviewing the team for a documentary.

Local businesses interested in having a banner in the cycle arena, which crews will be filming, can contact organiser Robin Martin on robingmartin2@gmail.com for details. Mr Martin can also be contacted for trade stall applications and sponsor package queries. 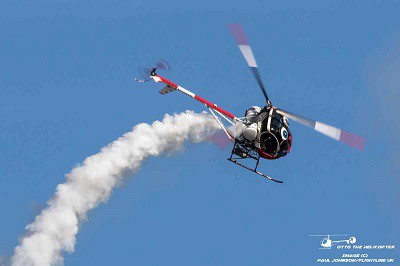 The Spring Spectacular, being organised by the Defence of the Nation Museum and RM Consultancy, will also feature a ‘chopperbatics’ display with Otto the helicopter, a Spitfire and Hurricane flyover, trade stalls and a ‘Kidz Zone’ which will feature children’s rides, face painting and fun activities. There will also be a raffle with a top prize of an Inspired Flow Plus 24 inch street bike