The sister of a disabled woman who was killed when she threw herself under a train in Margate claims anxiety over filling in a Personal Independence Payment (PIP) form drove her to kill herself.

Helen Young, from Broadstairs, says her sister killed herself as a direct result of what she sees as a “barbaric” system of applying for disability benefits.

Helen’s sister, Diane, suffered with mental health problems, including severe anxiety.  This resulted in episodes of complete paralysis, which meant she was unable to work and needed benefits to live off.

But, Helen said, it was Diane’s anxiety over filling in the 50-page PIP form and her fear of failing to get the payment which pushed her to her death.

Helen said: “She knew it was going to be really hard for her, because it’s a long form with a lot of detail.  And she knew if she didn’t get it right, if she said the wrong thing or didn’t phrase it profitably, that it would get automatically turned down. It didn’t just stress her a little bit, it really sent her downhill.

“She was self-harming, she poured a kettle of boiling water over her arms, she was burning herself, she would heat metal rods and burn her arms.”

Helen says the stress led her sister to make two attempts to kill herself before finally succeeding. 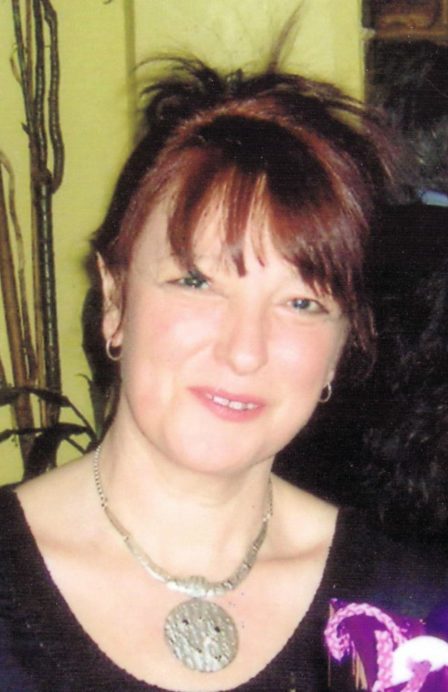 Diane (pictured above) wrote in her diary: “I’ve been trying to do my PIP renewal with a lot of help from Helen [her sister] and I found it incredibly difficult. I even tried to throw myself under a train on 11th of this month [March] following four consecutive days of shutdown.

“Luckily I was saved literally seconds before the train arrived by a stationmaster. Perhaps somebody is looking after me after all because I was going to jump.”

Diane also took an overdose, Helen says, which didn’t work, before finally killing herself by throwing herself under a train in Margate on Friday 21 April.

She  was taken to the trauma centre at King’s College Hospital in London by air ambulance with multiple injuries.

Sadly she died  later that evening. She was 59-years-old.

Now Helen wants change in what she calls the “barbaric” PIP system and is calling on all the Thanet candidates in the forthcoming parliamentary elections in to pledge themselves to take action.

She said: “I want to ask all candidates for this forthcoming election to look at this area and really see what’s going and I want them to state very clearly what they would do about it if they were elected, in terms of mental health generally but in particular this barbaric system that is applying for PIP and the complete blank wall you come up against.”

An extract of a film about the case, being produced by Thanet Watch, called “How Pip Killed My Sister” can be viewed here