The Oasis Golf Day at North Foreland Golf Club has raised more than £6,000 for the Thanet-based domestic abuse charity.

The sun shone on 40 players who took to the course. Amongst them were Kent County Cricket stars Mitch Claydon and James Harris who joined forces with 2 lucky local teams on the day. 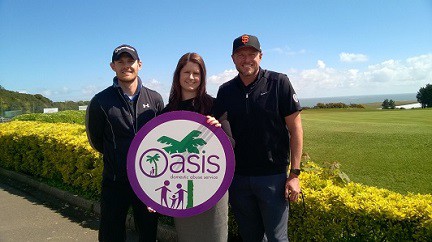 Play  began with a shotgun start at 12:30pm. On course, players were treated to whiskey and water, served by volunteers from event sponsor Spurling Cannon on the 10th Tee while a Mini convertible donated by Barretts Group of Canterbury advertising the auction prize ‘Win a Mini for the weekend’  on display at the 18th Tee. 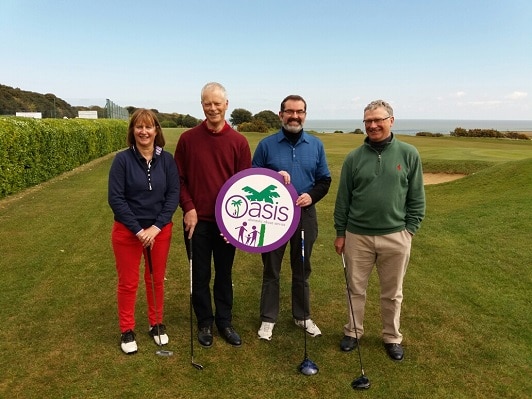 Taking first place was Club Chairman, Keith Rumblo’s team, Rumblo’s Ramblers, with a score of 95 points with the Boys & Maughan Team coming not far behind in second with 91 points. David Rundle hit Nearest the Pin on the 7th hole and Clive Cain was Nearest the Line on the 10th. All winners received golfing prizes arranged by club professional Darren Parris and sponsored by Lanes Printers of Broadstairs. 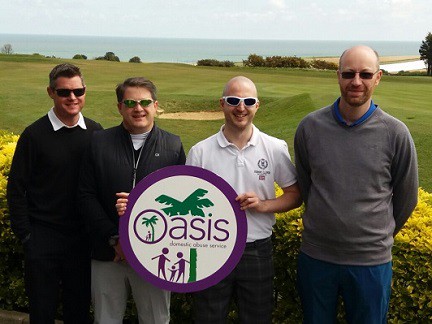 Dee Murphy, community fundraiser at Oasis, said: “We are absolutely delighted with how well our first golf day went. We are so grateful for the fantastic support received from the local golfing and business communities as well as the excellent hospitality and warm welcome from the club, which all helped make the day a great success. We’re already putting plans in place for next year!”

In the evening, guests were treated to a two-course meal, which was followed by an entertaining charity auction expertly run by Mr Rumblo and vice chairman Mike Bastow. 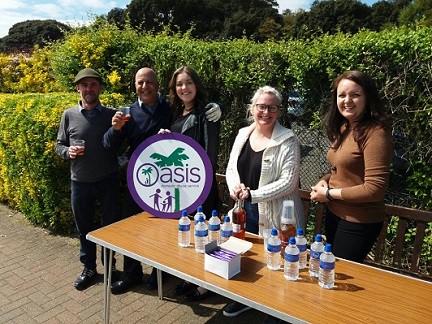 Funds raised through the auction and raffle were  matched by Barclays Bank, helping to boost the charity pot and raise extra, valuable funds for those affected by domestic abuse.

After the success of the golf Oasis is now looking forward to its next event, The Oasis Ball, taking place at The Pavilion in Broadstairs on Friday, June 23.

Tickets  are £35 per head from www.oasisdaservice.org/oasis-events/oasisball or by calling the fundraising team on 07753 447237.