The company pursuing plans to reopen Manston airport as a cargo hub has published a report outlining its future proposals and criticising a previous airport viability study commissioned by Thanet council.

RSP is not associated with the US RiverOak corporation originally involved in dealings to become an indemnity partner with Thanet council and then, when rejected, the firm first behind the DCO to acquire the Manston site.

The report is in four parts and examines aviation demand in the South East; regional demand; the forecast and the ‘Shortcomings of the Avia Solutions Report and an Overview of RSP’s Proposals for Airport Operation at Manston’.

In the first part of the study, compiled by independent  aviation expert Dr Sally Dixon, RSP says it intends to “redevelop the site, providing standing for eight freight aircraft and three stands for passenger use.

“Airport improvements will include cargo storage and handling and a new passenger terminal within two years of taking ownership and before reopening Manston airport.

“Construction and development will allow the airport to accommodate at least 10,000 freight movements and up to one million passengers within the first six years of operation.

“Further developments will be made in the medium-term to accommodate the predicted increase in both freight and passenger traffic.”

Past, future and Brexit

The study looks at the regional air freight capacity in the UK, the effects of Brexit on the trade, the story of Manston so far -including the political history – and future potential for the site. Suggestions include Enterprise Zone status, providing incentives for businesses to locate to the site, and the possibility of introducing a maintenance, repair and overhaul facility, aircraft recycling, the return of a flying school and a business jet operation.

A section of the study, this part  authored by Chris Cain of Northpoint  consultants, looks at the AviaSolutions report commissioned by Thanet council last year.

That report concluded that: “airport operations at Manston are very unlikely to be financially viable in the longer term and almost certainly not possible in the period to 2031.”

The study was undertaken to form part of the evidence base for Thanet District Council’s emerging Local Plan. Under the existing Local Plan, the Manston site is reserved for aviation use only but Thanet council now proposes that development be allowed to take place on the site. 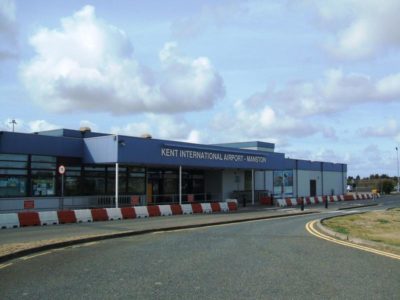 The RSP report says the AviaSolutions study was “ deeply flawed” and had not been “peer reviewed, discussed with relevant stakeholders or  subjected to any kind of public scrutiny.”

Mr Cain says the report missed opportunities for information and  “explicitly ignored the potential for Manston to recapture some of the UK O&D (originating or destined) air cargo currently being transhipped by truck through the channel ports for its onward journey by air via near European airports like Paris, Frankfurt, Amsterdam, Liege, Leipzig and Cologne.”

Mr Cain says its conclusions were “ a hasty and therefore injudicious decision about the future of Manston Airport.”

In addition to the report publication RSP says its statutory pre-application consultation will start on Monday 12 June, directly after the General Election.

The consultation will last for six weeks and will close on Sunday 23 July.

During the consultation copies of the proposed airport masterplan, detailed research reports into the demand for Manston as an airport, the economic and social impact of reviving the airport and the Preliminary Environmental Impact Report (PEIR) will be available for inspection and comment.  There will also be consultation events across Thanet and East Kent.

The 4 part report can be viewed here

The Manston airport site is currently owned by Stone Hill Park. This company has submitted a masterplan to Thanet District Council for  2,500 homes; an advanced manufacturing focused business park; sports and recreational facilities, with the former runway becoming the focal point for a network of parkland, trails and outdoor space, and a ‘heritage hub’ at the site. 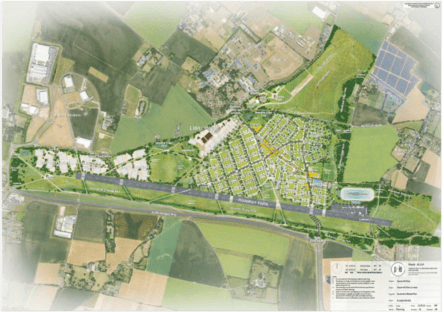 Stone Hill Park has questioned the status of RSP and last month issued a list of questions that spokesman Ray Mallon said must be answered before the firm would be granted access to the site for their  DCO surveys.

Amongst the questions was a query over who the lead investors were in the Belize registered backing company and who would fund the estimated £320m cost of establishing a viable airport.

Stone Hill Park says it expects its planning application for the site to be examined by Thanet council later this year.