Tales of South London life after the Second World War have been shared in a book by Westgate grandad and district councillor Keith Coleman-Cooke.

Keith, who moved to the isle in 1989 with wife Kathleen and ran Thanet and Whitstable children’s homes until 2005, has published Memoirs of a London Boy in the 50s and 60s. It is a collection of humorous anecdotes looking at poverty, survival and life in those tough but simpler years. 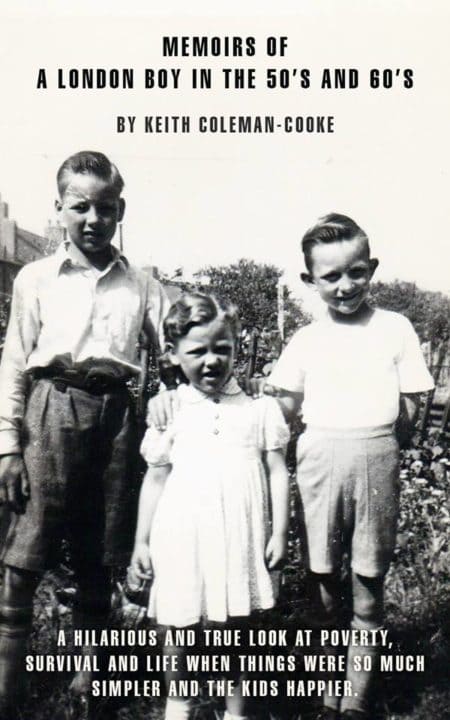 Stories include Keith’s arrival into the world in a ‘shed’, lessons at school resulting in the creation of a homemade bomb that -literally- shook the Downham Estate where Keith lived and the ‘indoor’ loo that was actually out on a balcony.

The councillor for Birchington North, who served with the Royal Corps of Transport for 10 years, said: “It’s based on my upbringing, family, friends and neighbours in South London and is all true.

“We had a three-bed flat and there would be anything from eight to ten people living there! There were us five kids, two waifs and strays that my mum picked up after the war and then my parents and ‘uncles’ – Dad’s friends.

“It sounds funny now but it was normal then.

“There was quite a lot of poverty and ducking and diving but it’s not depressing – it’s a humorous look at life – as we didn’t see it like that. No-one had any money so we were all in the same boat.”

Getting it on paper

The childcare training consultant and former foster carer said: “I started it in 2011 so it has taken six years but I had stopped because we had things going on, we were working and we moved, and then all of a sudden I had some time on my hands.

“The bulk of it was written in October and November after I started again. I have had a fantastic response since it’s been published, really positive.”

Other yarns in the book include memories of stewed eels for dinner, days out on the Red Rover bus pass and being sent to recuperate from ailments in Broadstairs, Deal and Hailsham. There is also a hilarious glossary of terms used in the book.

Memoirs of a London Boy in the 50s and 60s was published this month and is available on Kindle for £2.99 and in paperback for £7.99 from Amazon.