A dad of three is taking on an epic 100 mile run in one day in memory of Ramsgate lad Alfie Gough, who would have turned 9 today (April 11).

Since he died his parents Sarah and Dean have worked continuously to raise funds to support other children going through complementary therapy in a special room at Great Ormond Street Hospital. They also campaign to raise awareness of the disease. 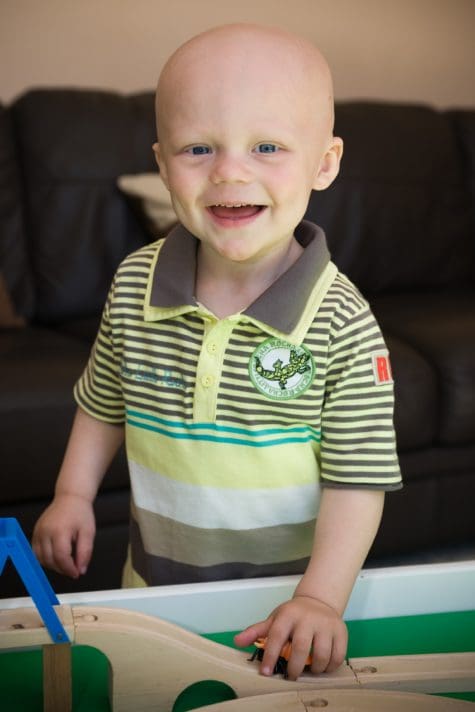 The Trust also has the Alfie Gough Striders running club and 50 of the runners tackled the Brighton Marathon last weekend to raise funds.

This month the fundraising effort will be held by Margate dad-of-three Carl Adams, who is taking on the Centurion Thames Path 100 Race from Richmond to Oxford on April 29.

Carl, who is a Newington Big Local rep, will donate his sponsor money to help the Trust after meeting the Alfie Striders group last year.

Carl, who runs a social enterprise helping people in recovery from drug and alcohol problems, found the cause after taking up running.

The former King Ethelbert pupil had started training to get fitter and also began working on a new project with his pal and personal trainer and homelessness charity Porchlight to help people take better care of themselves.

One of the runs Carl took part in was last year’s memorial race for Alsie at King George VI Park.

He said: “I did the 10k race in July and met the people behind it. I have never known people so dedicated. It is all about what they can do to help with childhood cancer..

“When I signed up for the Centurion run that stuck with me and I got in touch with Alfie’s mum Sarah.

“I met them and said I wanted to do the run for the charity and they have really helped. They are such amazing, inspirational people.”

Sarah and Dean say complementary  treatments and support from a nutritional therapist, meant Alfie died without pain, infections or suffering because of good nutritional intake and nutritional supplementation.

The little one died in 2010 cuddled up with his parents at home in bed.

In a message on the Trust website Sarah and Dean say: “Alfie touched the hearts of many people, schools and businesses and the huge response to the appeal and the events has shown that the community spirit is stronger than ever. We take great strength from the overwhelming support and response to the appeal and the ongoing messages for Alfie on his facebook appeal page.

“We will continue to raise funds for other children with Cancer and Alfie’s appeal will live on – in memory of our beautiful baby boy.”

Today they posted a poignant message to Alfie: “Happy 9th birthday to our beautiful baby boy. Another year has gone by without you. We often wonder what life would of been like if we had never lost you and always ask why you had to go.

“We watched some amazing people run a marathon two days ago in your memory. We feel so proud to say we are your Mummy and Daddy.

“One day we will all be together again just as it should be. Forever 2 years old, never forgotten.”

The couple and their two boys Harry, 4, and Louis, 2, are currently in Canada for Dean’s work with Cummins. They will be back in June to make preparations for Alfie’s annual picnic at King George VI Park in Ramsgate.

Find out more about the Trust here