A decision by Thanet council planning members to refuse permission for 36 houses in Minster has been overturned by a government-backed planning inspector.

The outline application, from Crabtree & Crabtree (Minster) Ltd, is for 2,3 and 4-bed homes to be built on land at 66 Monkton Road.

The proposal would 6 x 2 bedroom units (4 flats, 2 houses), 22 x 3 bedroom and 8 x 4 bedroom dwellings. Eleven of the properties will be affordable homes.

New internal access roads, drainage and landscaping with a pedestrian link to the local footpath network are also planned.

The site is part of an existing agricultural field used for the keeping of horses.

But last November members of Thanet council’s planning committee made a decision to refuse the application.

Members said the development would create “significant harm” to the nearby Grade II listed Eden Hall and that the need for the housing did not outweigh the need to protect the countryside. 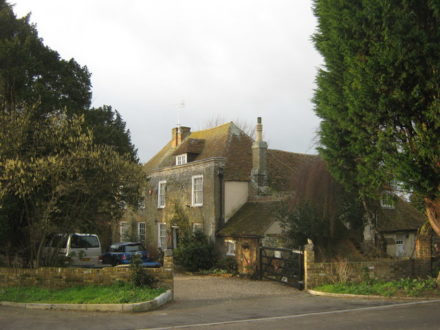 Eden House dates from the early 15th century. It is a timber framed hall house with later wings to the rear and a brick façade added in the late 18th century.

Crabtree & Crabtree appealed the decision, taking their case to the Planning Inspectorate.

They argued that  Thanet council does not have a 5 year housing supply plan, as is required of all authorities, which means national guidance is  that housing applications should be considered in the context of the presumption in favour of sustainable development.

The applicants say the project will involve a 2- year build period once planning permission is granted, meaning it is deliverable. 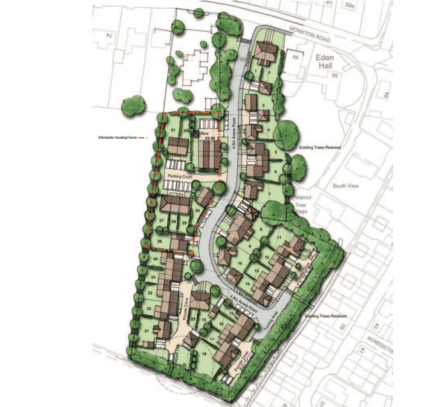 They also point to the 200 homes earmarked for the village in the draft Thanet Local Plan being drawn up for the period up to 2031.

In their appeal the firm says the development will be “screened from view by existing boundary planting and other existing developments, results in a natural extension of the village without a visible apparent encroachment into the open countryside which surrounds the village.”

The decision by the Planning Inspectorate, made on April 3, was to overturn the refusal and grant permission for the application.

The inspector David Reed said in regards to the impact on Eden Hall: “The setting of the building on this side would not be changed by the proposal in any way and its appreciation by residents of the village would therefore be unaffected.” 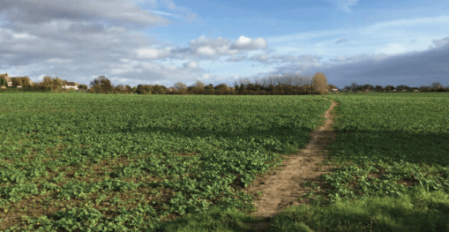 In his report he adds: “The site should be released for housing development in view of the lack of a five year housing land supply and the limited effect of the proposal on the character and appearance of the area and the setting of the Grade II listed Eden Hall.”

The inspector also raised the issue of Thanet council not having a five year housing plan because the Local Plan – a blueprint for housing, business and infrastructure across the isle- ran out in 2011 and a new plan is still only in the draft and consultation stages.

He said: “A new local plan is under preparation but this has only reached the stage of a Preferred Options Draft Local Plan, with the council currently consulting on proposed revisions to that draft plan.

“Whilst some sites identified in the draft plan have now been given planning permission, which indicates the council is seeking to address the housing land supply position, there is still no five year supply and no indication of when the plan will be submitted for examination.

“ In these circumstances the potential site allocations of the emerging local plan can only be given limited weight and planning permission for housing on other sites should be actively considered if suitable sites come forward.  This includes further sites in Minster notwithstanding the proposed allocations in the village.”

The lack of an active Local Plan with housing supply proposals leaves TDC open to landowner appeals when planning applications are refused.

Local authorities are obliged to have a five-year housing land supply as part of the National Planning Policy Framework published in March 2012 by the Department for Communities and Local Government.

The Government says the aim of the framework is to make the planning system less complex and more accessible.

If a local authority does not have a clearly stated five-year housing land supply, planning policies for new homes will be considered out of date.

This means a government inspector can override a local decision on appeal using this one provision.

A financial payment will be made by the developer of the Minster homes. An agreement sets out that they will pay

£84,952 towards the Royal Harbour Secondary School