A man has been found guilty of murdering 20-year-old Carl Gregory in Broadstairs.

Carl, from Newington, was kicked and strangled during a confrontation at Westwood Retail Park car park in Margate Road, shortly after 9.45pm on Tuesday 4 October, 2016.

He was pronounced dead at the scene. 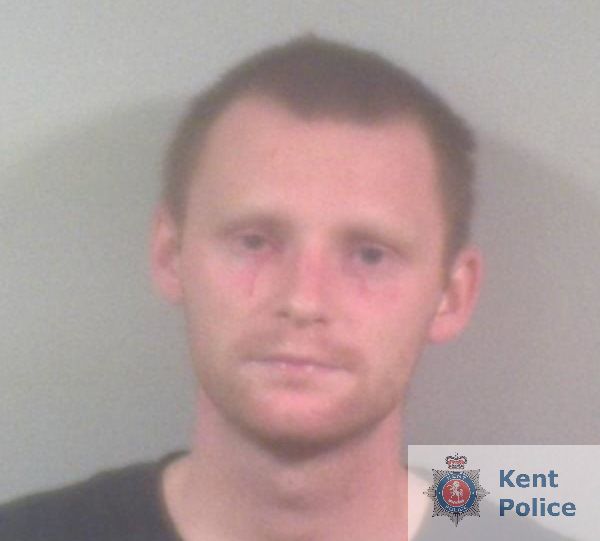 John Dickson (above), 27, of Northdown Road, Cliftonville, was  arrested and charged with Carl’s murder shortly after police were called.

He denied the charge but was convicted today (March 29) following a trial at Maidstone Crown Court.

The jury heard how Carl’s former girlfriend Chloe Lemare, 19, had fallen out with him over a social media post, and that she had asked another man to speak to him about it.

He arranged to meet Carl at the shopping centre and took Dickson with him. A fight broke out between the man and Carl, which led to Dickson becoming involved and placing supermarket worker Carl in a choke hold. The victim was also kicked while he was on the ground.

An ambulance was called after Carl’s body was discovered by workers who were leaving nearby shops, but he was declared dead at the scene. The cause of his death was later recorded as compression of the neck.

Dickson was arrested at his home address later the same evening.

Detective Sergeant Ross Gurden of the Kent and Essex Serious Crime Directorate said: “This was a tragic death of a popular young man who had his whole life in front of him.

“Carl Gregory is sorely missed by his family and friends due to the actions of John Dickson, who went out of his way to confront him. I hope today’s outcome is of comfort to all those who loved Carl.

“I hope this case reinforces the message that the use of violence to resolve issues can result in life changing consequences. Dickson is a young man who will now serve a considerable length of time behind bars as a result of a complete disregard of the consequences of his actions.”
Dickson is due to be sentenced at the same court on Thursday 30 March.

A second man, 20-year-old Christopher Pollard, who was also charged with Carl’s murder was found not guilty by the jury.