A pop up restaurant that launched last Summer in Margate will appear on Channel 4 tonight (March 29).

Xiringuito is a moveable restaurant created by friends Conor Sheehan and chef Jackson Berg. After summer 2016 in Margate, Xiringuito has touched down in Liverpool in a disused warehouse.

Xiringuito was designed by award-winning architect Asif Khan and gas a menu offering internationally influenced British dishes inspired by Conor and Jackson’s time working at some of London’s most respected restaurants. 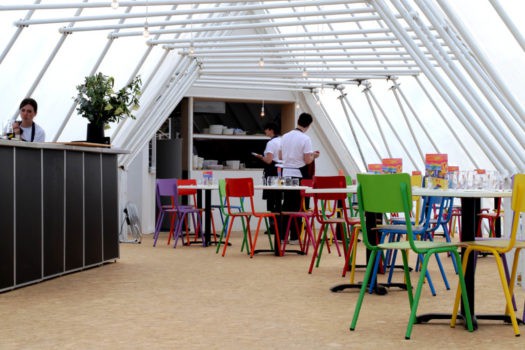 The chef explores a phenomenon of passionate British chefs setting up kitchens in remote or secretive locations, which allow – or force – them to be extremely inventive in their cooking, while creating a unique experience for diners wily enough to seek them out.

We're featured on Hidden Restaurants tonight on C4 at 8pm which was filmed last summer while we were in Margate ? #hiddenrestaurants pic.twitter.com/SV5kzMgQn0

Inspired and fascinated by this trend, Michel Roux Jnr is going on a journey across the UK to seek out the very best hidden eateries;  to eat some extraordinary food, meet a new breed of British chef, and pick up culinary tricks and tips for himself as he endeavours to set up a hidden kitchen of his very own.

The series was commissioned by Features and Daytime commissioning editor Tim Hancock and  made by Boomerang with executive producer Sam Grace.

Tim Hancock said: “With restaurants at the top of trees, floating on lakes and suspended on wires, this series will be as delicious to watch as the food will be to eat. Michel Roux Jnr is the perfect guide to this hidden world, and I can’t wait to see what he cooks up in his very own hidden kitchen.”

The programme airs at 8pm.