An exhibition marking the 630th anniversary of the Battle of Margate has been opened.

The pair were both invested with the awards of Knight Grand Commanders of the Battle of Margate 1387 during the event. 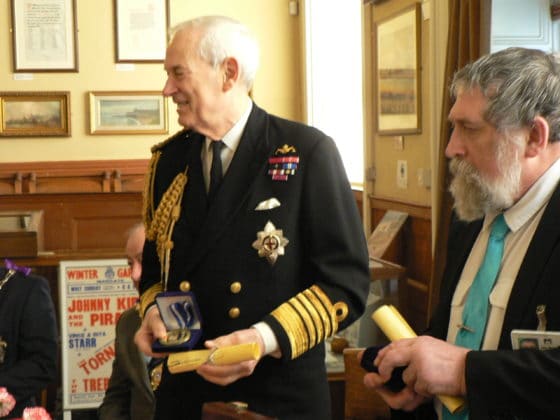 The display, which is now open to the public, charts an historic battle that many will not have heard of.

It is a peculiarity of medieval history that naval encounters are recorded very poorly compared to battles on land. Many naval clashes at this time were not even named, as for obvious reasons there were no landmarks linked to the fight.

This view of naval battles seems strange to modern eyes, particularly when engagements as decisive as the Battle of Margate, on March 24 1387, are concerned.

The Battle of Margate

The encounter off the coast at Margate was of huge significance in British history. For the previous two years the French, aided by their Castilian allies, had built up forces and equipment with the aim of invading England. From the summer of 1386 a huge fleet, the greatest seen in France since William the Conqueror’s in 1066, was readied, preparations centring on the port of Sluys.

The young Charles VI, who had come to the French throne in 1380 at the tender age of 12, would have his fleet disintegrate at Margate, the English ships commanded by the Earls of Nottingham and Arundel proving far superior.

When the battle ended more than 100 French vessels had been destroyed or captured by the English. 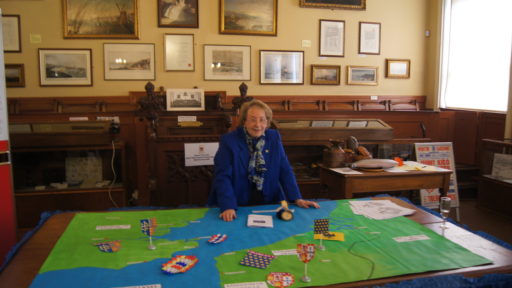 England was in a state of some confusion, Richard II , himself only 20 in 1387, was far from safe on the throne. The country had seen the Peasants’ Rebellion just six years previously, revealing the weakness of the crown, and the Black Death before that had reduced the population dangerously. The French losses cut far more deeply than just damage to the French navy. Had the battle gone the other way, it is highly probable that the French would have invaded, with a good chance of victory given the divided nature of the state at that time.

So while Margate in chivalric terms is something of a footnote, it is clear that in practical terms it was one of the great turning points in British history. 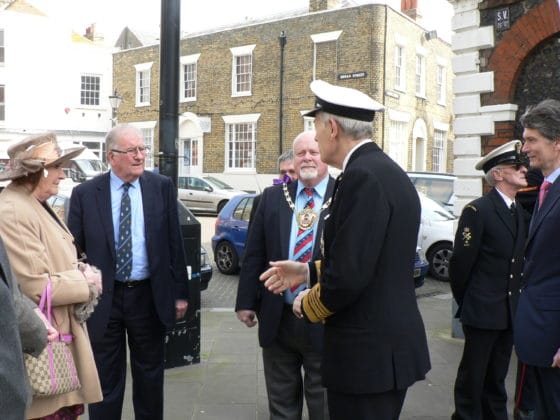 Chairman of the Friends of Margate Museum, Ian Dickie, organised the event. He said: “Special thanks must go to Felicity Stafford who curated the exhibition and all our civic and VIP guests and the Sea and Royal Marine Cadets of TS Jamaica who piped The Lord Boyce aboard.

“It was a very successful day.”

Margate Museum, in Market Place, is open from 11am to 4pm.