Age UK Thanet Chair of the Board of Trustees and voluntary shop manager Shirley Tomlinson has received the Platinum Champion Award from the Royal Voluntary Service – and was invited to the official Platinum Jubilee celebrations in London last weekend.

The award is in recognition of the fantastic work the volunteers of this country do to support local communities and charities. In honour of Her Majesty the Queen and the great example she has set, the Royal Voluntary Service launched the Platinum Champions Awards for volunteers to celebrate their outstanding achievements. 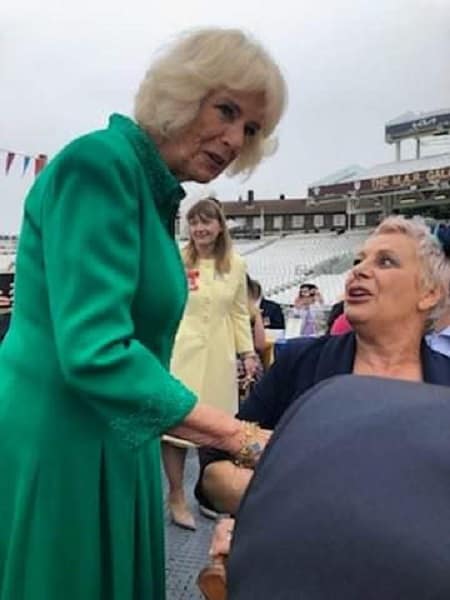 Shirley was nominated by Age UK Thanet CEO Vanessa Wood and Volunteer Lead Clare Andrews, for the tireless work and commitment that she gives to the organisation.

Age UK Thanet said Shirley goes above and beyond and her knowledge is formidable as she strives to keep the charity moving forwards through such difficult times. She has supported changes, pitched in where needed and always with a smile. 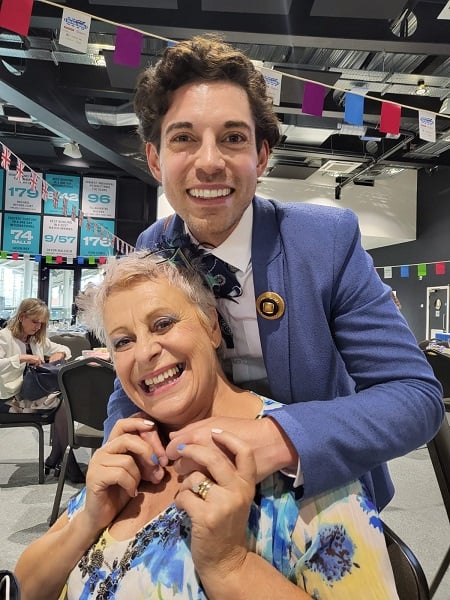 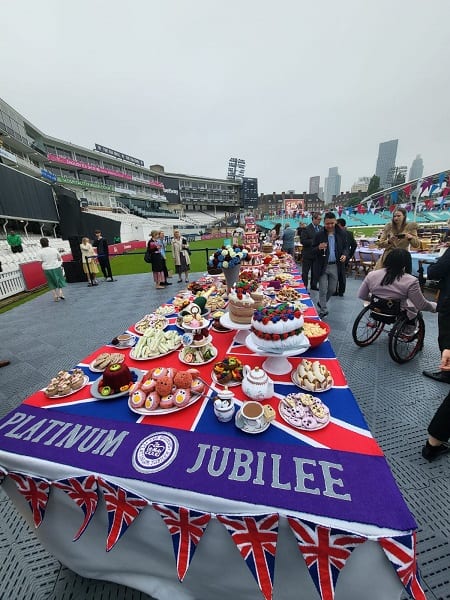 Shirley attended both events and received a specially designed Platinum Champions pin and a signed certificate from her Royal Highness the Duchess of Cornwall.

She said: “I shook hands with The Duchess of Cornwall and told her that I was from Age UK Thanet. “I patted her hand; I didn’t know what I was doing!

“I’m very chuffed and honoured and shocked to have been nominated for the award. 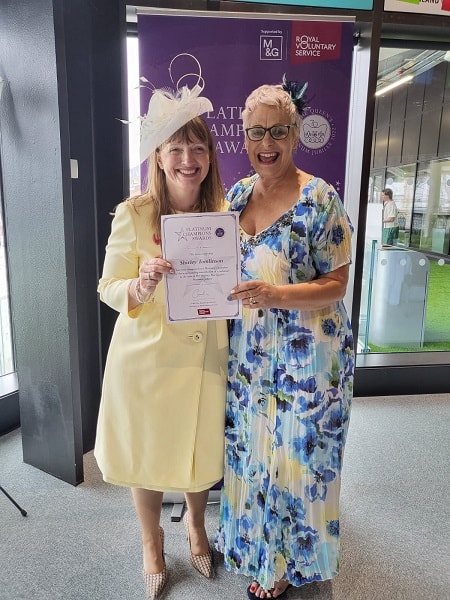 Talking about the Platinum Party on Saturday at The Palace, Shirley added: “We had really good seats. The weather stayed dry. It was lovely. The only downside was the queue for the beer!” From her seat, Shirley had a good view of the Royal Family: “It was funny watching Prince Louis in the Royal Box. He kept covering his Mum’s mouth. He was being a little pickle.

“We had lunch upstairs with some celebrities. I got a Platinum Jubilee pin and certificate signed by Camilla.” 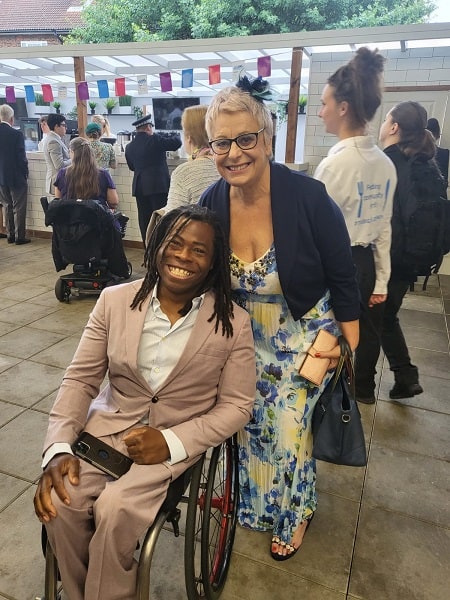 Her highlights from the trip include the Big Jubilee Lunch – meeting members of the Royal Family, celebs and seeing a table of knitted food items  and seeing performances from Queen and Alicia Keys at the concert.

Speaking of her work with Age UK Thanet, Shirley said: “I’ve been involved with Age UK Thanet for a very long time, way before I became a Trustee. It’s something that I’m very passionate about; especially our Age UK. We’re on the up and I’m looking forward to the future – bigger and better.”