Marking the start of a new era in the BTCC with the introduction of hybrid power for the first time, rounds one, two and three this Sunday (April 24), will also open the second chapter of Creesy’s story in the UK’s biggest and best motor racing championship.

Having won the Jack Sears Trophy in 2020, the Thanet racer took a year away from the BTCC last season and instead raced a part-campaign in the Porsche Mobil 1 Supercup – a season which was then impacted by the COVID-19 pandemic.

Now, Creesy is back where he belongs in the BTCC with the CarStore Power Maxed Racing squad, piloting the No.777 Vauxhall Astra. Relishing the challenge of a new car and working with a new team, he is determined to make rapid progress as the season unfolds. 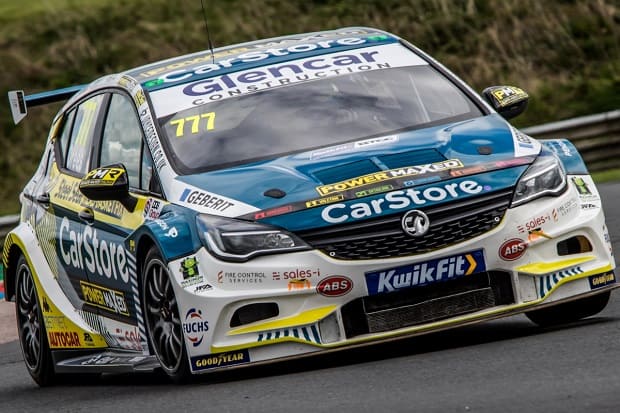 With a limited amount of running during the pre-season, and a few gremlins to iron out during the official test days at Croft in North Yorkshire and last week’s ‘Media Day’ at Thruxton in Hampshire, Creesy knows the two free practice sessions today (April 23), will be crucial ahead of the first qualifying run of 2022.

As always, the BTCC will feature a grid of quantity and quality this year where Creesy forms part of a two-car entry from Adam Weaver’s Bidford-on-Avon based CarStore Power Maxed Racing squad, teaming with touring car newcomer Ash Hand.

Additionally, the racing will again feature as part of wall-to-wall live broadcasts on ITV4 throughout the full season with races at Brands Hatch in May and Oulton Park in June receiving live coverage for the first time on flagship channel ITV.

Michael said:“Finally, here we are – the start of the new British Touring Car Championship season! I can’t wait to get going at Donington this weekend, it really feels like a proper homecoming after a year away and I’m hungry to be back as part of the cut and thrust of the BTCC. Our pre-season hasn’t been as smooth as we’d like, and the new hybrid is still a bit of an unknown quantity, but we’re ready to go.

“It’s great being part of a new challenge with CarStore Power Maxed. I’m looking forward to working with Ash [Hand] as well, he’s a quick young driver and a good laugh – having fun is a big part of why we go racing in the first place! Obviously, I wouldn’t be here without my amazing partners, so a huge thank you to them and my management team for getting this deal together. We’re back!” 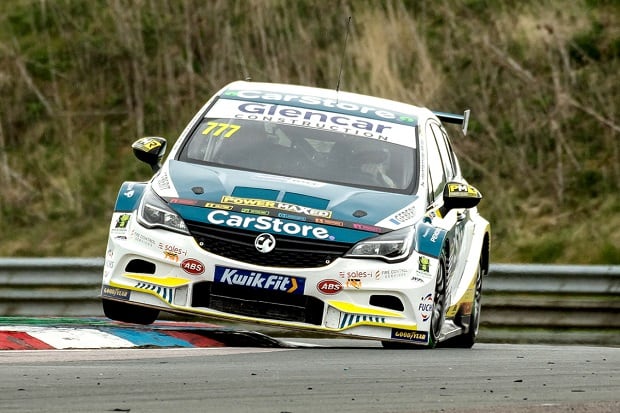 Following the two BTCC free practice sessions at Donington Park National Circuit this morning, qualifying will get underway at 3.35pm and will be streamed live online at www.itv.com/btcc

Round one of the new BTCC season at the Leicestershire track will begin at 11.50am on Sunday, round two will start at 2.40pm and round three will conclude the day’s track action at 5.25pm. All three races will be screened live on ITV4 and streamed live online.