Forty volunteers are now back in action with the opening of the Broadstairs Information Kiosk for the holiday season.

The official opening on Friday, April 1 was celebrated at the Royal Albion Hotel due to bad weather conditions.

Broadstairs Information Kiosk was a pilot project launched in 2011 and from 2012 became a fully functioning operation supported by; 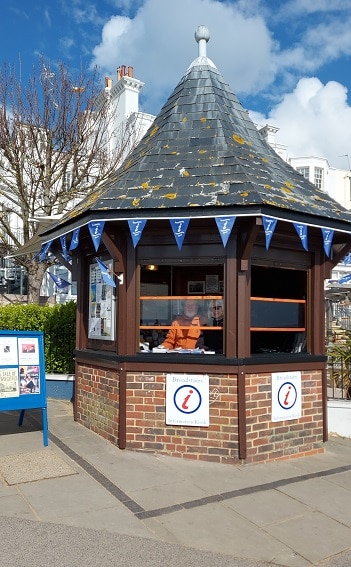 Manager Gina Harrison said: “There are many local businesses who generously sponsor the kiosk which gives them the funds to continue to operate.

“At the heart of the kiosk are the 40 volunteers, with a warm welcome to help the 20,000 visitors we receive on average every year.”

The kiosk is open 10am to 4pm every day, except the last two weeks in September and first three weeks in October when it is open Friday to Monday. 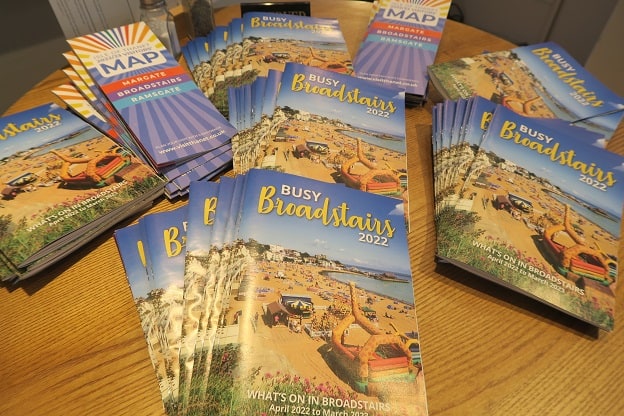 Busy Broadstairs was also launched at the same time with advertising going towards supporting the kiosk.  Anyone with a business or holiday accommodation who would like to collect or have delivered copies of Busy Broadstairs can contact busybroadstairs@gmail.com

If you would like to sponsor the kiosk and receive prime location advertising for a whole year contact info@broadstairschamber.org.uk