A Margate dad is having to pay £44 per day for his son to get to his special educational needs school because changes in home to school transport have left him without a provider.

From February 21 changes were made to the school transport service for children and young people with special educational needs and disabilities (SEND) as Kent County  Council put in place new transport contracts to replace those that were coming to an end.

The authority had promised to let parents know by Friday, February 11 who their child’s new transport provider would be but some faced the start of term with no details or contact from the authority.

Del Moorcroft is currently forking out £44 per day on taxis to take 11-year-old son Aarronn to school in Deal.

Aarronn has a complex speech disorder, Developmental Verbal Dyspraxia, and has an education, health and care plan ( EHCP) and attends The Goodwin Academy due to the school’s excellent speech and language unit.

Del, who is a taxi driver, cannot take Aarronn to school because he has to take his two younger children to Bromstone primary. He says the last communication he received from Kent County Council was on February 9 to say all parents would be informed of their new provider by February 11. 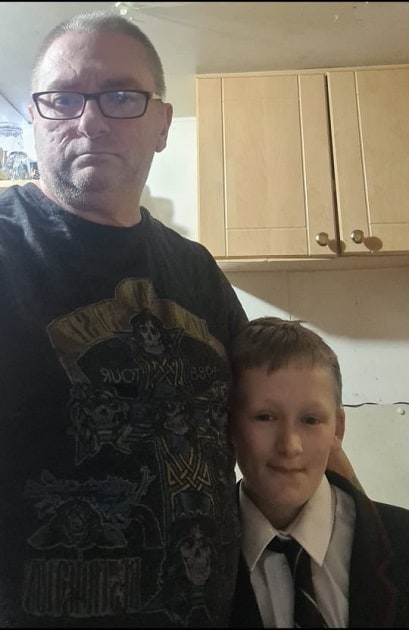 He said: “My son was allocated Home to School Transport when he started Goodwin Academy last September.

“The transport was provided by Dover Royal Taxis, and we had no problems. He used to get picked up with two others and it was all good.

“I phoned the taxi company last Friday as KCC hadn’t got back to me to find out that they don’t have the contract any more,. So I emailed KCC again, still no reply. I even phoned the District Lead (Dover) | South Kent Special Educational Needs, but no answer.

“It’s a complete shambles, not even an email. How many others have been left with no transport? Why take away the perfectly adequate transport he had?

“I had to send Aarronn and get him picked up by taxi at cost to myself of £44, something I will have to do all this week, so it’s literally going to cost me £220 this week. Apparently if I keep the taxi receipts KCC will reimburse me but that’s not the point, it’s going to be struggle in the meantime.

“Other families may not be able to afford that upfront cost. Aarronn’s school called to advise me they haven’t a clue what is going on either.”

Del says the two children who had accompanied Aarronn in the taxi to school previously are now being taken by minibus and says he has been told some taxi drivers now contracted for the routes have been given addresses but no names for their child passengers and no contact numbers.

He added: “Other kids are on minibuses when they need their own transport and some are refusing to go because of it.

“Aarronn now has a different taxi driver each day. He did before but it was ok because he was with his two friends. Now he is on his own and has been finding it upsetting.

Kent County Council says issues have been caused a 20% rise in the number of children eligible for the SEN service, increased costs and a shortage of bus and taxi drivers.

The authority says that coupled with increased costs and capacity issues currently being experienced by the transport sector, it had been left with no choice but to do more to reconfigure the service.

County Councillor Karen Constantine (Lab) said: “This is a catastrophe for families and children. KCC haven’t listened to parents or councillors and children will suffer. I have had a number of parents who have contacted me. They aren’t aware of the new arrangements and are now being told, at the 11th hour to make there own arrangements.

“I have other parents whose children are being asked to quickly adapt to huge changes which will too much for them to manage.

“These children with extra needs are having some of their EHCPs breached and this will negatively impact their well-being and health, not to mention the parents and carers who also have other children to get to and from school and employment to factor in.

“We are trying to get answers for the shambles that are affecting so many lives.

“Some 5500 children across Kent have been affected. Labour is appalled with KCC who made these cuts and then also failed to stagger the process which would have been a reasonable way to make changes.

“Kent Labour leader Dr Lauren Sullivan has now been successful in calling this unfair decision in to an extraordinary scrutiny meeting. As Ramsgate County Councillor I’d like to hear from as many local parents as possible. So I can represent them at the scrutiny meeting.”

Kent County Council has apologised for the delay in notifying parents and says the authority had not anticipated being in such a situation.

A Kent County Council (KCC) spokesperson said: “We are deeply sorry for the anxiety and worry caused by the delay in notifying parents of new transport arrangements for children and young people with special educational needs and disabilities.

“Officers have been working hard to match more than 5,500 children and young people with new transport providers and we regret that, despite best efforts, there are some parents still waiting to hear who their child’s new provider will be. All remaining routes are now awaiting confirmation from contractors and we will continue to reimburse parents where they have to make their own arrangements.

“This is not a position we ever anticipated being in and we are immensely sorry for putting parents and young people through this trying time.

“Once provision is fully allocated, we will be conducting a thorough review of what went wrong and why to ensure we learn and put steps in place so this situation is not repeated.

“We understand there will be concerns about new transport providers and we want to reassure parents their child’s needs will be taken into account as assessed by a previous eligibility assessment, including if they need to travel alone or need a passenger assistant.”

The authority says it will refund any costs parents are required to make until their arrangements are finalised. If you need to make a claim, email receipts to clienttransport@kent.gov.uk once your child’s vehicle is in place.

Find updates for changes to the service by clicking here