Plans for a seven-bed boutique hotel, five self-contained holiday cottages, commercial floorspace and three homes in Broadstairs have been approved.

The development will take place at 5 York Street And 6-8 Buckingham Road on the site of a former  shop/ funeral directors and homes.

In June 2020 approval was granted for a conversion of the existing buildings to a small retail unit fronting York Street and eight residential dwellings.

However, the site was sold and the new applicant proposed a tourism-led plan with the small boutique hotel and holiday cottages.

Documents drawn up by Hume Planning Consultancy say: “The proposals represent a vibrant mix of uses through the conversion led scheme that will bring back to life the historic buildings in the centre of Broadstairs whilst adding uses that will complement and support retail and other town centre uses in Broadstairs and the immediate surroundings in line with national guidance and development plan policies.

Hume Planning Consultancy, whose offices are currently based at Discovery Park in Sandwich, will re-locate to Thanet and would occupy a proportion of the commercial floorspace proposed.

A terrace of five 2 bedroom self-contained holiday lets will be created by converting the ground and lower ground floor levels of the existing warehouse  which is accessed via the central courtyard from Buckingham Road.

Homes will consist of one 3 bed house, one 2 bed and one 3 bed maisonette.

The section of building fronting York Street will be converted into the hotel. The hotel will be run by Smiths Coffee Bar, currently with premises at 8A Dundonald Road.

Planning documents say: “It is proposed that this established firm will run the hotel and enable the expansion and diversification of their current business in Broadstairs.

“Sensitive and minimal alterations are proposed to the external elevations of the existing buildings in order to restore and refurbish the site whilst facilitating its conversion.”

The scheme provides car parking on-site, with 5 spaces in both the courtyard area and two at the garages off Buckingham Road. Electric Vehicle charging points will also be provided. 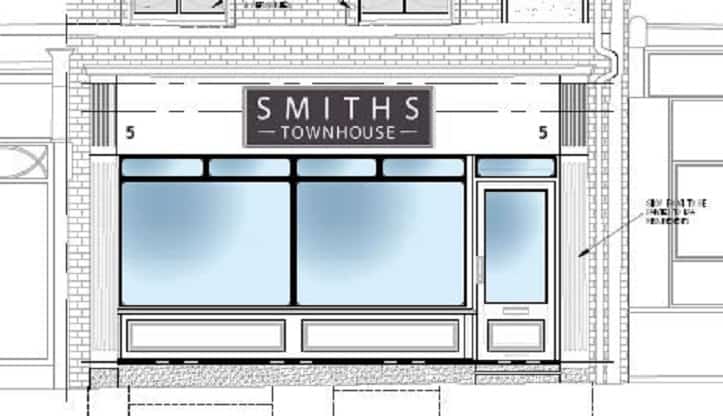 The application says: “In addition to providing a more vibrant and complimentary mixture of uses at the site, a key difference from the previously approved scheme is the desire to retain many of the original features whilst carrying out traditional refurbishment works in order to maintain the character of both York Street and Buckingham Road whilst providing a better response to the historic fabric and appearance of the buildings.

“The sensitive conversion of the existing redundant buildings to create a boutique hotel, unique holiday cottages and central commercial units will boost the visitor economy and support the expansion and diversification of local businesses within the district.

“The Applicant is keen to deliver this project as soon as possible, with works programmed in and contractors lined up, with a target completion of Spring 2023.”

The plans were given approval by Thanet council last week.