The ulti-mutt in dog fashion and accessories has been unleashed on Ramsgate High Street with the opening of The House of Dawg.

The new re-tail store, at 42 High Street between Santander and the Post Office, opened its doors yesterday (February 19) offering everything from House of Dawg jackets to collars, leads, fun toys and treats and one or two bits for the humans.

The family run business is headed up by Cheryl and Steven Chown with the help of daughters Poppy, 19, and 22-year-old Emily.

The beginnings of the business, which also has an outlet in Whitstable and online, go back to 2012 when Cheryl was made redundant from her bank job and started a dog walking business.

From there Cheryl began to make items such as dog bandanas and in 2015 Baxter’s Boutique – inspired by and named after the family’s Cockapoo- was born.

Steven, who worked for Nat West up until taking voluntary redundancy last year, said: “Our dog Baxter is what started the business. Cheryl was made redundant in 2012 and started to do her own thing with dog walking. Then she started hand making dog tags and taught herself with YouTube how to make lots of other things.” 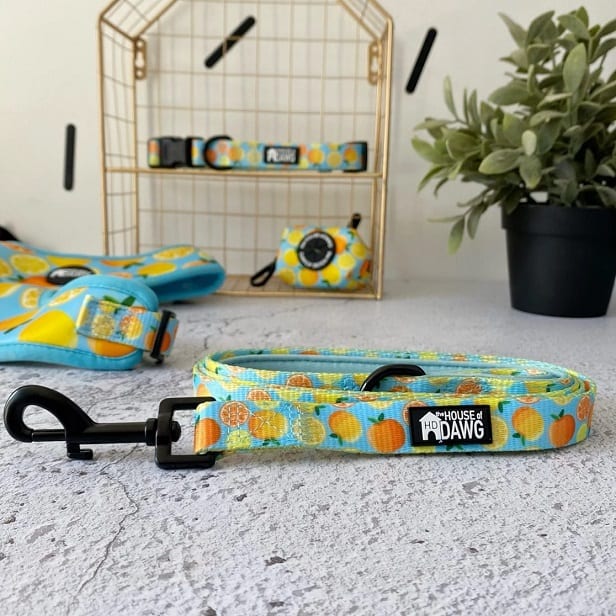 The couple were living in Milton Keynes but made the move to Kent because Emily, and then Poppy, began studying at university in Canterbury.

Steven said: “We moved to Kent in July 2020, first to Herne Bay and then to Ramsgate.

“We came when our daughter went to Canterbury university. We had always wanted to live by the sea so we decided to take the plunge. It worked out well as when the lockdown came the girls had to come and live with us.” 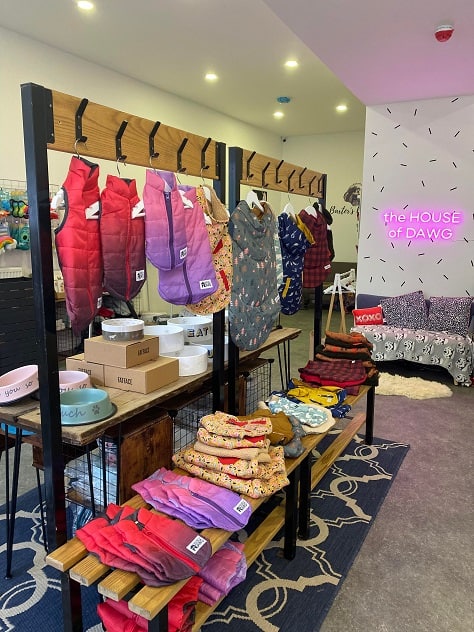 The House of Dawg launched first online about 12 months ago and now has a bricks and mortar home.

Cheryl is the face of the business with Steven keeping things ticking over behind the scenes. Emily runs the Baxter’s Boutique outlet in Whitstable and Poppy uses her artistic skills to create designs for the products. 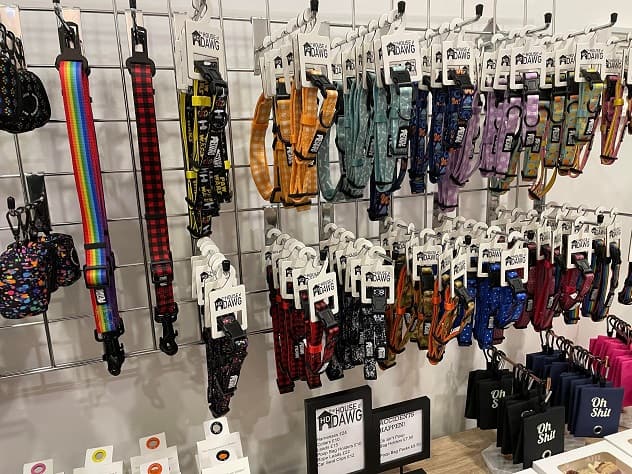 The House of Dawg offers a variety of products, from the hand-made Baxter’s Boutique collars and accessories to fun dog toys from California.

And top dogs can even try out their fashion items in the shop before going ahead with the paw-chase.

Steven said: ”It’s a nice space and we have a sofa so customers can sit down and their dogs can try things on!” 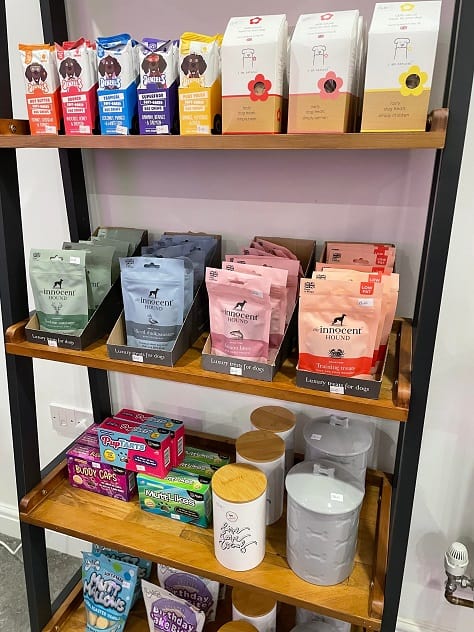 The couple hope their new store will help with the rejuvenation of Ramsgate town by boosting the independent trade which already exists with venues such as Little Seaside Town, Happily Ever Afters and Ramsgate Thrift Store and, further along, York Street and Nice Things galleries and Saltworks.

Steven said: “We have seen interesting new, independent businesses open in Ramsgate and we think Ramsgate is up and coming. We wanted to support that and we wanted a retail space to show what we had with House of Dawg.” 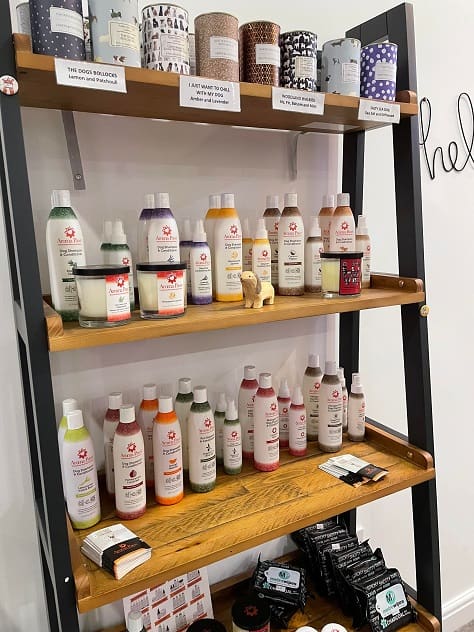 And so fur so good with Steven saying yesterday’s opening  was “very encouraging.”

Find The House of Dawg at 42 High Street, Ramsgate. Opening hours are 10am to 4pm Tuesday to Friday; Saturday 10am to 5pm and Sunday 11am to 3pm.

Find The House of Dawg on facebook by clicking here