The 80th anniversary of the World War Two Channel Dash operation was marked in Manston on Saturday – probably the last service organised by the Channel Dash Memorial Trust.

One of the most daring actions in the history of naval aviation took place, on the 12 February 1942, when 18 naval aviators from the Fleet Air Arm (825 Naval Air Squadron) flew six fabric-covered Fairey Swordfish bi-planes from RAF Manston in an attack on the might of the German Battle Fleet in the Straits of Dover. 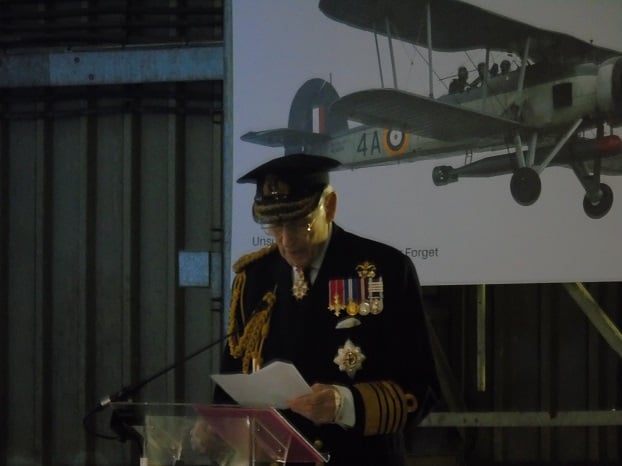 The British top brass thought the German force would only travel through the Straits of Dover at night, and had rested the majority of its air crews, leaving just the six Swordfish available to combat the German threat. 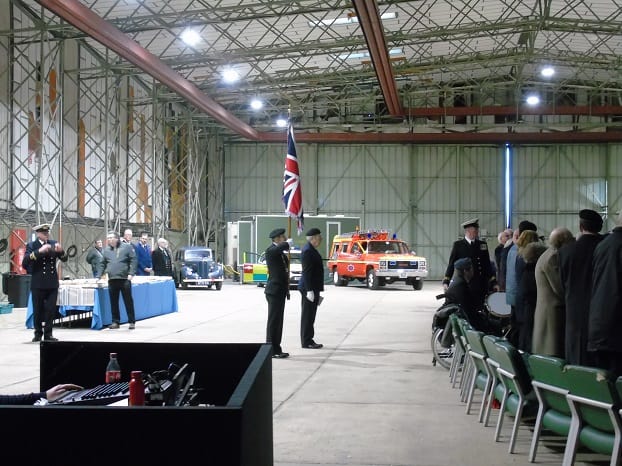 When the ships were identified in daylight the six biplanes flew on not waiting for more planes to join them being determined to attack the battleships Scharnhorst and Gneisenau which were protected by 6 destroyers, 40 flak ships and 200 fighter aircraft. Only 5 of the British aircrew were rescued and all of their aircraft destroyed. 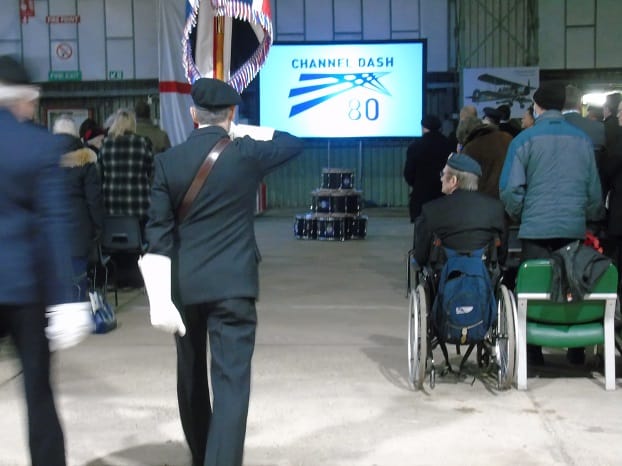 In honour of these courageous men a service of remembrance is held each year on the 12th February in front of the “825 Squadron” Memorial Ramsgate Harbour.  However, this year it was held in Hanger 3 at Manston Airport. 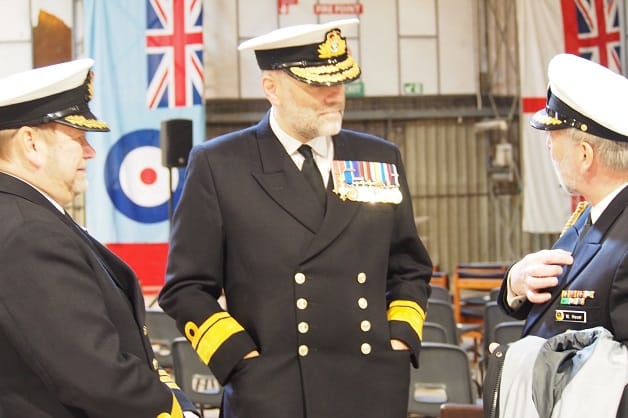 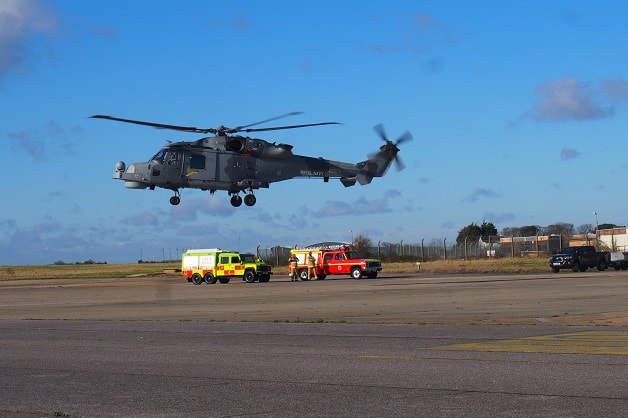 The service usually held at the “825 Squadron” Memorial at Ramsgate Harbour did not take place but it is hoped that the Royal British Legion and the Royal Naval Association will take on responsibility for future events.

If the Channel Dash Memorial Trust is to continue more people need to come forward to get involved as current members are getting older.