Oasis Domestic Abuse Service has joined forces with BroadstairsLit to host a special event with a bestselling novelist.

Erin Kelly In Conversation with BroadstairsLit will take place on Sunday, March 6 at The Yarrow Hotel in Broadstairs. Included in the ticket price is a glass of Prosecco and a cream tea.

Following an interview by BroadstairsLit’s Denise Martin-Harker, Erin will sign copies of her latest thriller.

Set in the cut-throat world of an elite London ballet company, where ambition, secrecy and rivalry are rife, Watch Her Fall is a psychological thriller from a novelist at the height of her powers.

With the dark drama of Black Swan and the cat-and-mouse suspense of Killing Eve, plus a series of ingenious twists, it is set to be one of the most talked about books of the year and contains what Erin says is the most ambitious twist she has ever written. 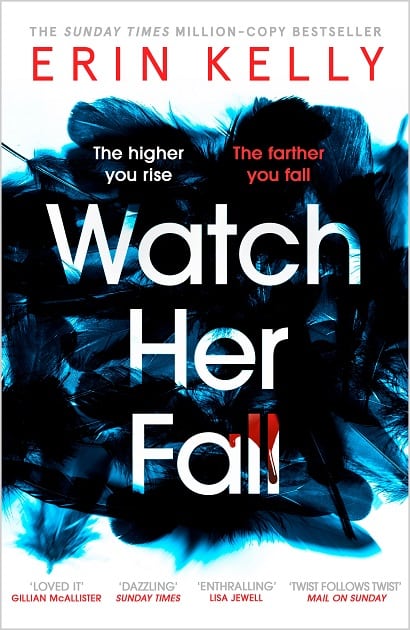 Erin is the Sunday Times bestselling author of The Poison Tree, The Sick Rose, The Burning Air, The Ties That Bind, He Said/She Said, Stone Mothers and Broadchurch: The Novel, inspired by the mega-hit TV series.

In 2013 The Poison Tree became a major ITV drama. Erin has worked as a freelance journalist since 1998 and written for publications including the Guardian, The Sunday Times, Daily Mail, New Statesman, Red, Elle and Cosmopolitan. She teaches creative writing for Curtis Brown Creative and Guardian Masterclasses.

Loukia Michael, Head of Fundraising at Oasis, said: “It’s a great honour to welcome Erin to Thanet. She’s a writer at the top of her game and an excellent speaker. We are delighted that she wants to raise funds for our work.”

Erin said: “Domestic abuse is a cause I care deeply about. The statistics are horrifying, only made worse by the pandemic and I am pleased support the vital services offered by Oasis”.

Alongside the event, Erin is auctioning the chance to name a character in her next book. Sealed bids can be placed in the auction box at the event or emailed in advance to fundraise@oasisdaservice.org. Attendance at the event is not necessary – email bids will be accepted until midday on Sunday, March 6 and the winner will be announced both at the event and on Oasis’s website.

Tickets can be booked online at http://www.oasisdaservice.org/oasis-events

Oasis Domestic Abuse Service was founded in 1994 and works across Thanet, Dover, North Kent and Medway to offer refuge accommodation, and ongoing support to families who have suffered domestic abuse. Oasis keep victims safe, helps them rebuild their lives and supports children and young people in refuge and the wider community.