Thanet Wanderers U13s team had a successful morning of rugby at the Kent Waterfall Cup hosted by Sittingbourne on Sunday.

They played the hosts first, which was a physical game with Sittingbourne showing their strength through the forwards. Thanet were able to adapt and a show of good hands and great passing led us to a win with the score ending 0 – 30.

They then had to prepare for a strong Dover team, who they had previously won against in a fixture at the start of the season.

Wanderers knew Dover would come out with a lot of desire and would press hard and they didn’t disappoint. 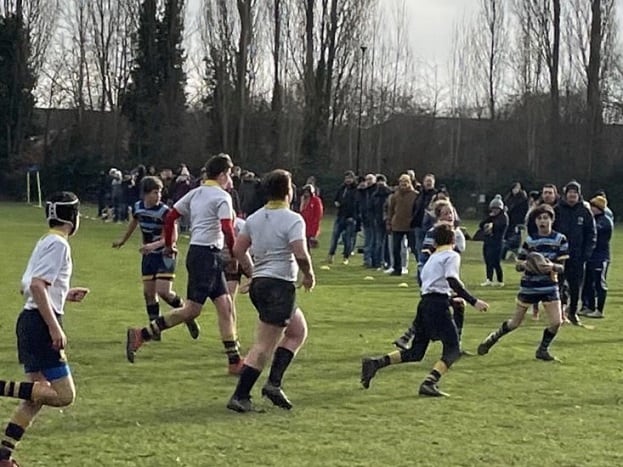 Thanet were under pressure for the first half and spent a lot of time defending.

After a team talk from the coaches at half time, Thanet came out stronger in the second half.  Another good display of quick passing and using the width of the pitch, Thanet ended up taking a 0 – 15 win.

The team will now continue training in preparation for the next round of the tournament.

For anyone interested in joining the U13’s team or coming along to try out rugby, they train on Thursdays 6pm – 7:15pm and Sunday mornings 9:30am – 11am at Thanet Wanderers Rugby Club.