When wheels have taken the place of your feet a whole new set of challenges opens up —obstacles that are unnoticed by the walking world. You’ve become a dalek circa 1963, before they could fly.

Steps of any sort stop you in your tracks. Ramps are vital.

I have a new mobility scooter — hurray. But life is still limited. Steps are still my enemy and some are sneakily hiding in unexpected places. 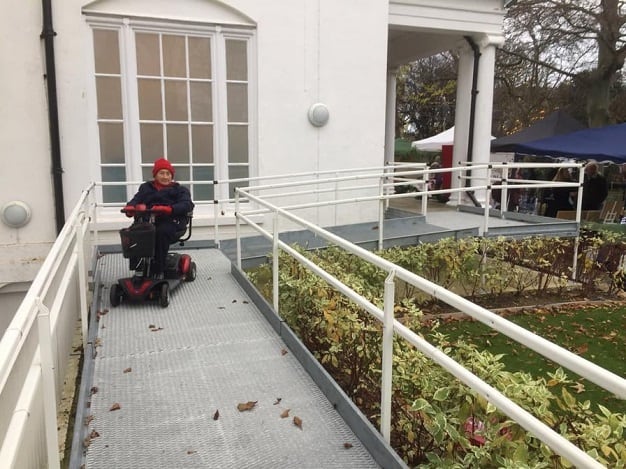 It was the central landmark of Broadstairs  that upset me most this week. I discovered that a major effort to help the disabled has backfired quite seriously.

Pierremont Hall, seat of our town council and venue for all kinds of local events, including being a polling station for many years, has long been a hazard for the wheel dependent. After years of making a fuss about the rubbish two plank ramp they had to get wheel chairs into the polling station they finally acquired a decent one. It had a handrail and was all in one piece and securely fixed at both ends. 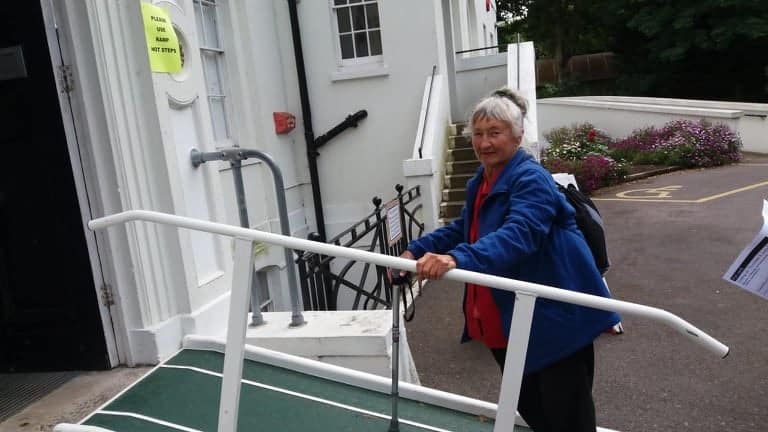 You might be amazed to hear that the old one was literally two planks that were supposed to link together and balance on the top step. Took courage to use! And before you say, just get a postal vote —we wheelies and stickies just want to be able to what everyone else can do and think buildings should adapt to us, not us adapt our lives to fit some Victorian idea of what looks nice. 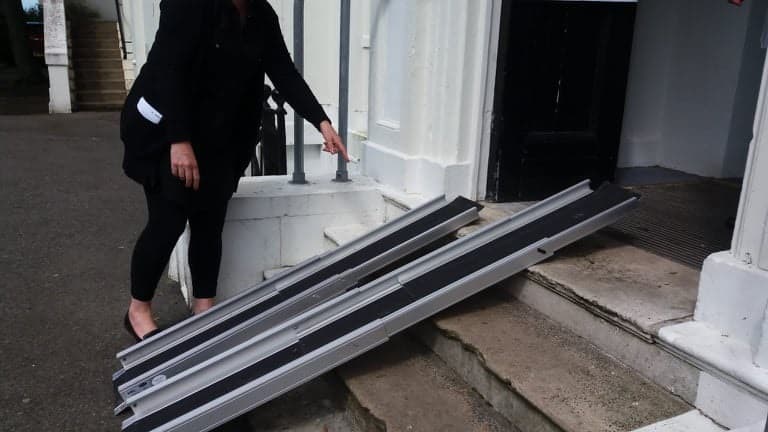 That was all at the front of the hall. A victory for Access Thanet, the disability campaigners who wouldn’t let it drop.

But what about at the back?

There is now a metal sloping walkway from the car park to the back of the Hall, where the nice patio and impressive columns are. And where French windows provide access to the main hall, at the top of a big flight of steps (no handrail).

On Saturday there was a Christmas fair, some stalls outside, some inside. So round I go, through the autumn leaves, past the resident drunks, up the metal ramp, get to the patio —and there is a huge step to the inside. It even advertises itself as MIND THE STEP! 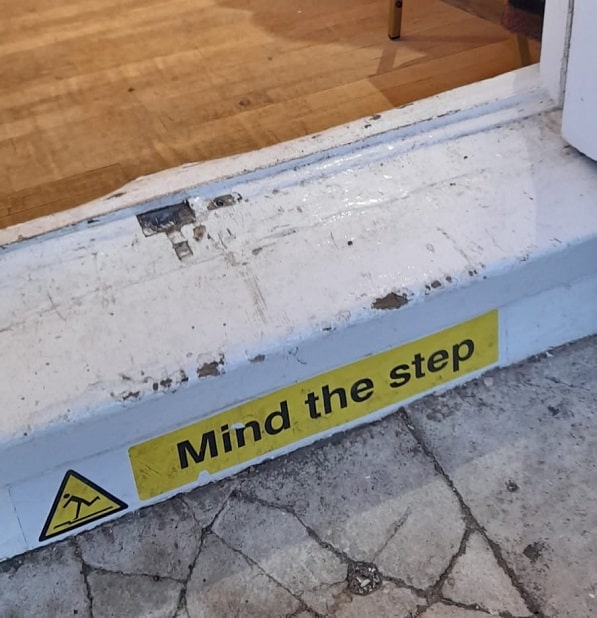 By now I’m weeping  with frustration and not able to turn round because of the  tables and chairs outside so that lucky souls can drink mulled wine — which they bought inside. 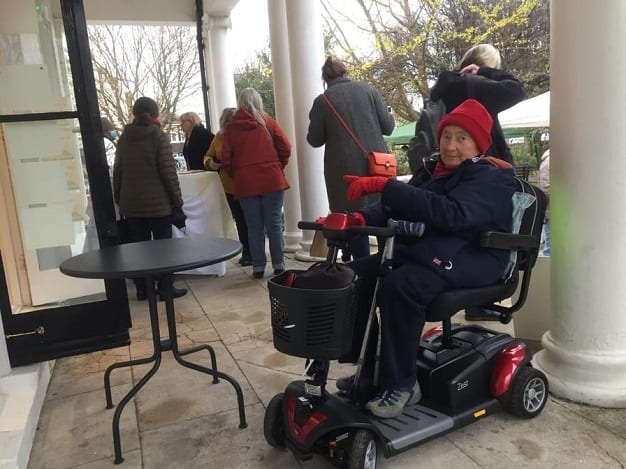 A staff member  came out to talk to me and explain the problem. Apparently no builder is prepared to take on the task of destroying the step of a listed building and creating a flat entrance. Really? Isn’t there any adventurous builder out there who can give me access to a building I’m paying council tax to maintain? I’m sure Queen Victoria wouldn’t mind. She used a stick in her old age, didn’t she? 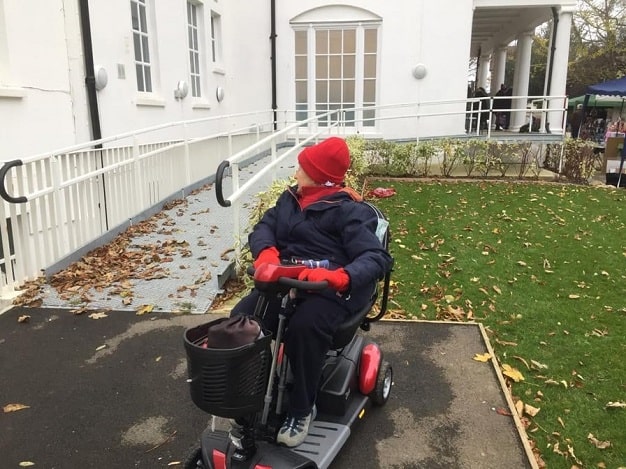 So, the staff member says to me “I can get you in up the steps in the front of the building.” “Oh,great, the new ramp with the handrail?” I ask optimistically. “No, it’s two planks that link together.”