Students at Laleham Gap School in Ramsgate have been learning about travel safety on trains and careers in the rail industry by visiting a train station.

Mr Ursell, the teacher of Post 16 at Laleham Gap school, took his students to the Travel Smart Travel Safe centre at Margate station set up by Network Rail and Southeastern in July.

The students met Dan and Sanchez who were able to show them around the new centre and they discussed potential hazards and how to stay safe. Students found out how heavy a train is (400Tons – or 80 elephants!) and how long a train travelling at 125 mph would take even for an emergency stop – (the answer is at the end of the article). 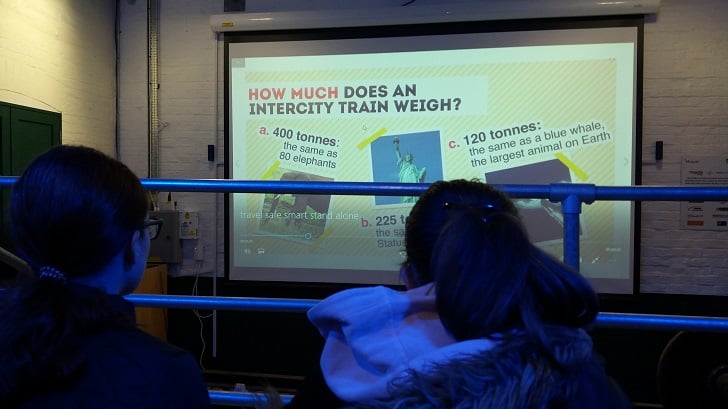 In a tour of the station they learnt about the yellow lines on platforms, the help points and even witches’ hats.

As older students all of them were mature enough to sit through a quite moving video clip on the consequences of ignoring safety advice. One train driver was shown talking about the effects on her and others when a car was on a level crossing and she could not stop.

Mr Ursell said: “This sort of learning is far more real and effective. We will be following it up with a future walk when we safely traverse an unattended level crossing. The extent of their learning was evidenced by the time we got to the train set layout they were experts at spotting hazards.”

Dan, who works for Southeastern and supports the Travel Safe, Travel Smart (TSTS) Centre, said: “The Laleham Gap students really absorbed the main message: that the railway is a good, environmentally friendly form of transport and totally safe, as long as you follow a few simple rules and use the railway properly.” 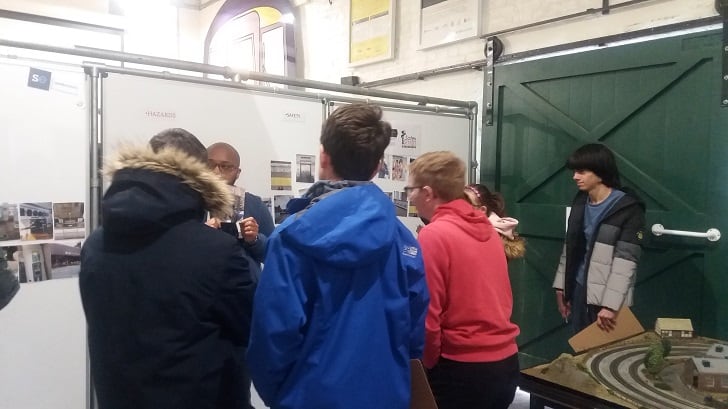 Sanchez, who also works at the Travel Smart, Travel Safe Centre for Southeastern, added: “The pupils were great at spotting hazards as we walked around. They were so engaged, asking great questions and were clearly thinking about the issues. It was a pleasure to have them in and they demonstrated super learning.”

The TSTS Centre is available for schools and other groups to book tailor made lessons around these issues. Simply email MargateTSTS@networkrail.co,uk.

PS: It takes a train up to 2km to do an emergency stop. That is approximately 20 football pitches long!