The Walpole Bay Aquathon Committee has told Southern Water the group wants compensation after its annual fundraising event was ruined by a wastewater release last weekend.

The annual Margate Aquathon was due to take place on Sunday, October 3 and should have had 32 people taking part in a swim and run fundraiser.

But a combined sewage overflow release at Margate at 6.23pm on October 2 resulted in the bay being affected and a warning was displayed on Southern Water’s Beach Buoy app.

Walpole Bay is also among the 14 Thanet beaches and bays affected by an unscreened wastewater release at Joss Bay last Tuesday (October 5) which resulted in a warning not to enter the water or go below the hide tide mark at any of the sites. This warning remains in place.

The Aquathlon event, now in its second year, raises money for local charities. Last year it supported the People Dem Collective as part of their crowdfunder to raise money for the cultural community centre based in Margate town centre. The event contributed almost £5,000. 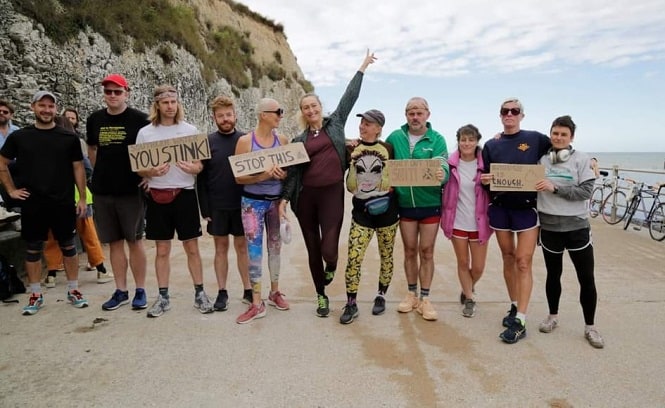 This year, the event was raising funds for Margate Pride CIC towards the Pride weekend events and community-based workshops and support groups. But the final amount was far short of the target due to the swimming being cancelled. The group is now requesting Southern Water compensate with a minimum donation of £500 to Margate Pride.

Louise Halswell, speaking on behalf of the Walpole Bay Aquathlon Committee, said: “We are incredibly frustrated, upset, and disappointed that the lack of responsibility and accountability from Southern Water is impacting on our local community in such a negative way.

“As local residents, who are passionate about outdoor swimming, our community of swimmers coming together to compete in the Margate Aquathlon and raise money for our local LBGTQ+ community is something we consider now a key date in the calendar. “We are quite frankly sick of Southern Water dumping their s**t in our sea and we are seeking compensation for the loss of sponsorship due to cancelling the swim part of the event.”

In the letter to Southern Water the committee says: “This has been an ongoing problem for our residents and tourists over the past six years, and more recently (in June) the beaches and pool were closed for a considerable amount of time over the summer season.

“As local residents who are passionate about outdoor swimming, our community of swimmers coming together to raise money for our local LBGTQ+ community is something we consider now a key date in the calendar.

“As the actions (or lack of) by Southern Water have impacted on our charity funds, we are seeking a compensation donation of a minimum of £500 to the Margate Pride fund as a way of recognising the inconvenience that cancelling our event (on the day) caused.” 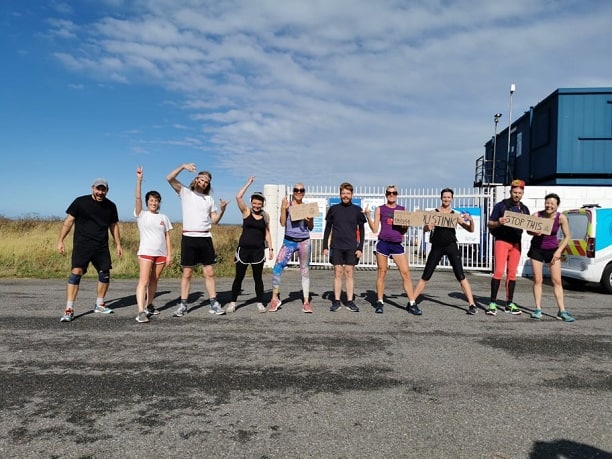 Southern Water says: “We are conducting a significant survey across the whole of Thanet to help us target areas where significant quantities of rainwater get into our sewer system and contribute to our reliance on the storm overflow system which protects homes, schools and businesses but causes concern to kayakers, windsurfers and others likely to be using waters close to our long sea outfalls.

“With a near £2 billion investment being made in our wastewater assets and on environmental projects between 2020 and 2025, our focus will always be to serve our customers, protect the environment and ensure our place as a key driver of regional economies.”

Concerning the unscreened wastewater spill on Tuesday Southern Water say: “Following the fault at our Broadstairs Pumping Station on Tuesday morning, we are continuing to comb nearby beaches for any evidence of impact and clean-up if necessary.

“We will continue to do this until we, the Environment Agency and Thanet District Council are satisfied no risk of environmental damage remains.

“A full investigation is taking place to understand the cause of the fault.”

Southern Water has been asked for a response to the compensation request (as today is Sunday this is not expected to be responded to until the start of the working week).