She said: “The intention was to find more creative work and I fell in love with Margate. It was a leap of faith and I had a desk at Resort (art studios). I have written screenplays, novels and poetry. I have always been interested in sex and sexuality and I have always been comfortable talking about it. My mum always was and when I was younger I used to sneak off to read her Mills & Boon!” 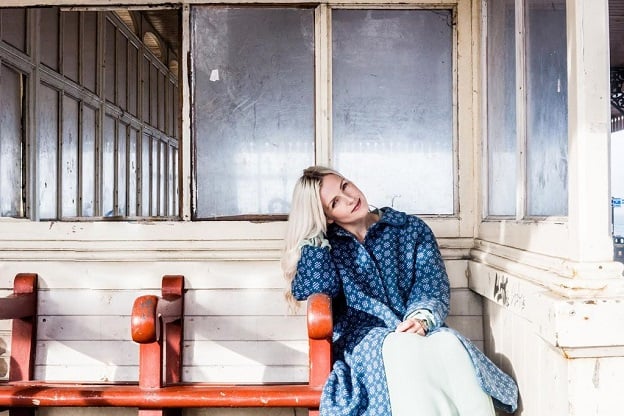 Although Jen was writing prolifically it was an offer from the director of Netflix smash hit Sex Education to choreograph a scene that set her on a new career trajectory.  She has now been invited back for season three of the show, which stars Gillian Anderson. “It went really well and I knew then that’s what I wanted to do with my life.” she said.

Jen was made redundant from her office job and then the pandemic struck but rather than hinder any progress it fortuitously allowed the leading LA-based Intimacy Co-ordinator agency and academy The ICA to offer its course internationally due to it being held over Zoom.

The mother-of-two formed a small cohort of 22, beating hundreds to a place on the industry-leading accredited course.  After training intensively and finishing last September Jen has not been looked back, appearing on everything from Mike Myers films to student pieces.

The job has only been in existence for three years and was further established during the #metoo movement.  She said: “There was an unspoken rule that you (actors) should just put up and shut up and the metoo movement disrupted that dynamic. When I first started on set I thought it would be more to do with choreographing positions and some definitely is but a huge part of the job is holding space for people and navigating their feelings.

“It’s making sure actors are fully informed and establishing boundaries. It isn’t only sex scenes – there’s intimacy in childbirth, death, physical violence and comedy – each have their own challenges.” 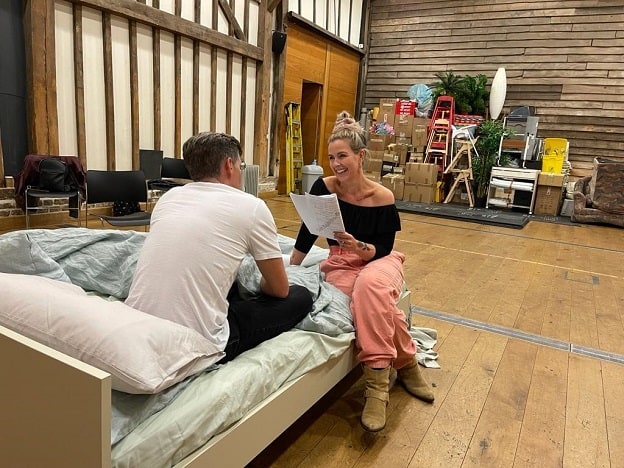 Such is the infancy of the job, it was a first for acting behemoths Claire Danes and Tom Hiddleston who are set to appear in an adaptation of bestselling novel, The Essex Serpent.  Jen said: “Claire was so lovely, really down to earth. I kept asking her questions and she was laughing a lot! Both her and Tom had never worked with an IC before.”

Safeguarding actors, including children, is an integral part of Intimacy Co-ordination but Jen says a good relationship with the director and realising their objectives is paramount. “It’s important that the story is told and I have had really good working relationships with directors – that’s when the magic happens. Most people on set have been really open about it – there are a few who think I’m just here for legal reasons or to tick boxes but that’s not many,” she said.

“If you think there are stunt directors it makes sense to have someone co-ordinating intimate scenes.”

Jen’s work will soon appear on TV screens and includes The Essex Serpent,  Estuary, a Mike Myers film, the C4 comedy Hullraisers, War of the Worlds for Fox, The Baby, The Fear Index and Extinction for Sky.