Many business leaders will credit Dario Bucceri with helping them achieve their organisational goals. However, besides being a successful business coach, Dario has a more personal plan – to live life to the full whilst living with Parkinson’s.

The 59-year-old, who is founder of Sensemaker® in Margate, transformed his own life in his 30s when, despite being overweight and inexperienced in running, he took on the considerable challenge of training for the Comrades Ultra-marathon. Against the odds, he completed the 90km race and the experience inspired his innovative and holistic coaching programme – the Thirty Day Sprint Challenge.

Dad-of-two Dario first began to notice something was wrong when he became increasingly depressed, his demeanour became morose and he developed the common symptom of a ‘Parkinson’s mask’ where facial muscles are unable to convey expressions and emotions.

Before that, he had also lost his sense of taste and smell 10 years ago. Dario’s wife Sue had noticed that he wasn’t swinging his right arm as he walked and he began to lose dexterity in his right hand, which affected his ability to use his mouse, keyboard and to write legibly.

The tremor in his right hand worsened and began to manifest in his legs. Sue had been asking him to see a specialist for some time but it was comments from his clients, Matt and Mark along with an increase in the tremor, that eventually led him to see his GP. 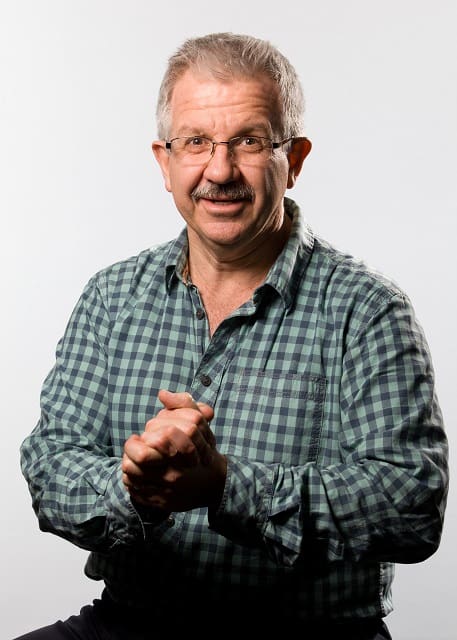 When diagnosed with Parkinson’s in 2019, Dario was devastated. He was the main breadwinner and could not imagine how this could work out for good. The changes he’d experienced over the preceding months had resulted in a massive loss of confidence and he says he ‘cried a lot at the time’.

It was Dario’s insurance broker who helped him to move forward. Her father had been diagnosed with Parkinson’s too and she helped Dario to understand what he needed to do to overcome his first big hurdle: informing the DVLA of his diagnosis and waiting to find out what would happen with his driver’s licence. Within days of starting his medication, he began to feel more himself, the tremors calmed down and his condition improved.

Dario then decided to fight the condition with what he knew best – a healthy lifestyle, positive mindset and a return to running, which he had not done for years.

On Sunday, September 26, Dario will run the Hever Castle Marathon in aid of Parkinson’s UK. The charity is leading the way in driving better care, treatments and quality of life for those affected by the condition.

Parkinson’s is the fastest growing neurological condition in the world, and currently there is no cure. It affects around 145,000 people in the UK, including approximately 19,806 people in the South East of England. There are over 40 symptoms, from tremor and pain to anxiety, though it affects everyone differently.

Dario said: “Being diagnosed with a degenerative brain condition was challenging to say the least. I have faced many obstacles in the past, but this is significant and requires that I apply everything I know to keep myself going. Of course, I have good and bad days but thankfully, years of personal application and coaching others has taught me that a positive mindset and healthy body can help us achieve anything, and it’s working so far.

“I know that not all people living with Parkinson’s are as fortunate as me, which is why I will be running the Hever Castle marathon this month. It will be emotional and very challenging, I am sure, but I’m excited to be taking on the challenge for such a fantastic cause.”

Dario will be running the marathon with his son Brad and his clients Matt and Mark.

Leigh-Beth Stroud, Regional Fundraiser for Kent at Parkinson’s UK, said: “We are so proud that Dario is taking on this marathon to raise money for Parkinson’s UK.

“With more than 40 potential symptoms, Parkinson’s can devastate lives. While we’ve made huge breakthroughs in the last 50 years, there is still no cure and current treatments are not good enough. Fundraisers for Parkinson’s UK like Dario helps us drive forward the groundbreaking research we need to transform the lives of people with the condition.”

Parkinson’s is what happens when the brain cells that make dopamine start to die. There are more than 40 symptoms, from tremor and pain to anxiety. Some are treatable, but the drugs can have serious side effects. It gets worse over time and there’s no cure. Yet.

Parkinson’s is the fastest growing neurological condition in the world. Around 145,000 people in the UK have Parkinson’s.

Further information, advice and support can be found at www.parkinsons.org.uk.