Puppeteer and previous America’s Got Talent winner Paul Zerdin and his array of puppets are headed for Margate.

Sam, Albert, Baby, Roger the bodyguard and an urban fox have all survived 2020 locked down with Paul and are ready to get back on stage.

Paul, whose ventriloquism skills and edgy brand of comedy won him the America’s Got Talent crown in 2015, embarks on a 46-date UK tour from September.

Presented by ebp, Paul Zerdin – Hands Free, will see the puppet master and pals start the tour in Margate at the Theatre Royal on September 19,

To make sure he remains in charge, Paul will be bringing along his bodyguard Roger – who claims to be ex-CIA – to help him keep Sam, Albert and Baby in order as well as an annoying urban Fox that has been following him around for some time now.

Roger is a fairly new addition to the team.

Paul said: “Roger was introduced on the last tour, but he’s got a bigger part this time. He was in Sponge Weekly, the YouTube series I made during lockdown, and during that time I thought ‘I know who you are now’. It’s refreshing to have someone new to play with.

“He’s different as well because he’s deadpan, whereas with my other characters have the one-liners and I’m the straight man.

“He’s a bit thick and he doesn’t really get it – he’s a bodyguard and he’s a bit slow.

“Roger is a bit like Buzz Lightyear, he doesn’t know he’s a puppet. And at one point, I have to break it to him that he’s not a real bodyguard because he starts interrogating the audience and overdoing it. And he’s devastated. So, getting to grips with his character has been really fun.

“You get more interaction with the audience here because he gets obsessed with one guy in the front row who he thinks is out to get him or get me. The premise is that when I won America’s Got Talent the producers gave me a bodyguard and now, I can’t get rid of him…”

Paul reveals his puppet skills started when he was still a child. 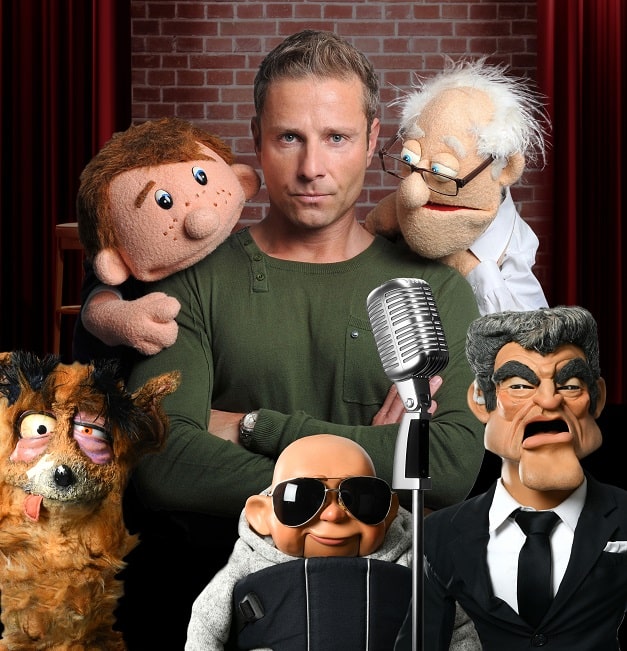 He said: “Kermit the Frog, which my mum bought for Christmas. That’s how it all began. I was about nine.

“Mum and Dad were both actors. Dad went to RADA with Roger Moore. Dad said that he and Roger were the worst actors in the whole Academy! My mum was a presenter. So, I was in and out of studios as a kid. And I knew that I wanted to do something that was connected with that.

“When I was in the studio, I was obsessed by the way they talked through the glass by pressing the button on a little intercom. Maybe that’s where I became interested in voices.”

Paul Zerdin – Hands Free is at Margate Theatre Royal on Sunday, September 19, curtain up at 7.30pm

Tickets, priced at £20 plus £2 booking fee, are on sale now at www.margate-live.com/whatson-event/paul-zerdin-hands-free/