Tales of how to pick a pocket or two and brushes with the law can be heard at the UK’s first Dickensian-themed holiday cottage in Broadstairs, complete with Fagin tour guide and Bill Sykes on hand to keep you in line!

Fagin’s Den is an 1860s cottage in Church Road which has been renovated, along with next door Pickwick’s Place – entered from Church Square – to create an authentic period property.

Fagin’s Den is the first to be entirely themed on Charles Dickens’ tale Oliver Twist with Fagin treasure trails, period pictures and the man himself regaling guests with a tour and tales.

The property is part of The Fisherman’s Cottages, which also includes Barnaby’s Lodge and the Smuggler’s Cottage, all in Broadstairs.

Owner Jeff Lloyd said: “The cottages were Faversham brewery Shepherd Neame tied cottages. They were built in the 1800s and were for the brewery staff to stay in perpetuity.”

The cottages were originally one property but have been split into two, each over four floors and with two bedrooms.

In Fagin’s Den visitors will find  Dickensian games and outfits in case they fancy taking a trip back in time. 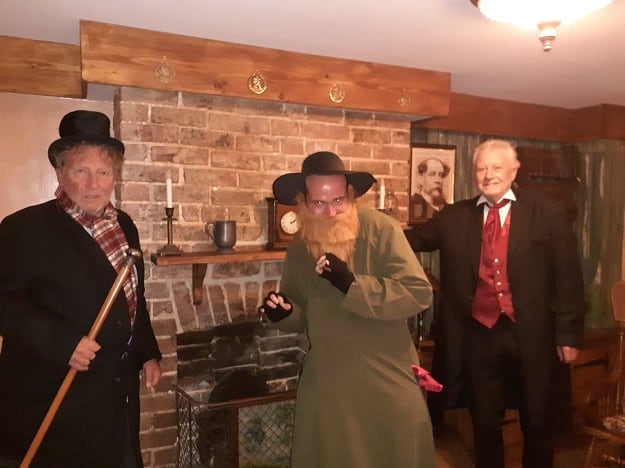 Jeff said: “I bought them in 2000 and this half of the cottage (Fagin’s) was totally derelict. It has been made into two properties, with two bedrooms and we put the kitchen in the basement.

“Our other cottages aren’t themed like this but we felt Broadstairs was losing Dickens with the Dickens’ Museum being closed. I was talking to Phil (manager Phil Dennis) and said why not theme it. We totally gutted it so now everything inside is how it would have been.”

Although Jeff lives in Woking he has a long-lasting connection to Broadstairs. He said: “As a child I spent all my school holidays here so I grew up in Broadstairs really.”

Manager Phil, who was also a builder, has been in the trade for some 30 years and lives nearby in St Peters.

He rebuilt most of the property himself and is keen to see the attraction expand the story-telling theme for schools, groups and for Christmas events.

He said: “We want to see the story-telling going through the winter and open up more when covid restrictions are gone.”

The idea is to create an all-year round attraction for holidaymakers. Jeff said: “In the winter there tends to be dogwalkers and it is a pity there is not more in Broadstairs for the rainy days.”

The cottage, which features a painting called Dicken’s Dream which remains unfinished as Victorian artist Robert Buss died before completing it.

The painting features  Dickens in his study conjuring up characters as he sleeps.

Storyteller Fagin – aka  actor and writer Martin Gibbons – has a wealth of tales to share.

Dad-of-two Martin has worked with the youth theatre at the Theatre Royal and The Marlowe and works with Thanet’s Inspiration Creative.

He lives with his family in St Peters after returning from a spell in Finland and is due to go on tour with the Wind in the Willows.

He said: “This is an exciting opportunity and I am looking forward to performing and expanding the story-telling to schools and groups.”

Fagin’s Den offers two bedrooms, a kitchen with Aga and an open fire in the cosy front room. 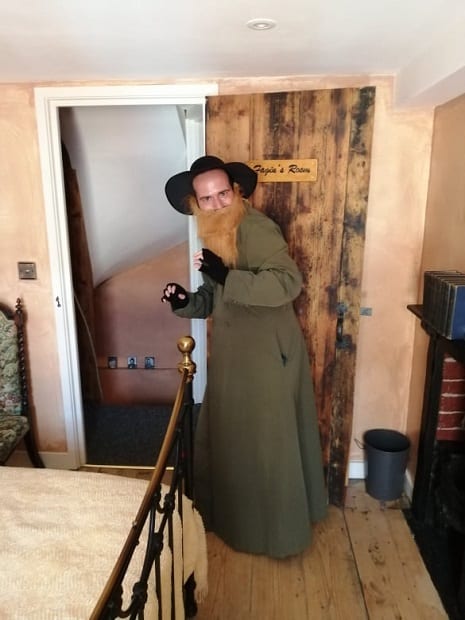 Charles Dickens published Oliver Twist (or The Parish Boy’s Progress) in installments in Bentley’s Miscellany magazine from 1837-1839. It was the first novel in English to have a boy as the protagonist and is a social novel examining poverty, child labour and crime in Victorian England.