Hollyoaks actor Fab Santino -who played Ziggy Roscoe – and Kirsty J Curtis, star of BBC’s Harlots, the Festival and Urban Hymn, will be in Margate next week for a film premiere at Olby’s Soul Café.

The duo will be in town for the screening of Again, a 1980s inspired post-apocalyptic fairytale which they star in and which was shot in Ramsgate, Broadstairs and Tilmanstone by Margate-born director Lee McQueen.

Former Dane Court student Lee, 41,shot the film in 2019 and has now finished post-production ready for its debut showing.

The film follows the tale of the discovery by construction workers of an artefact and an alternative time, where the world is derelict and survivors are scattered. 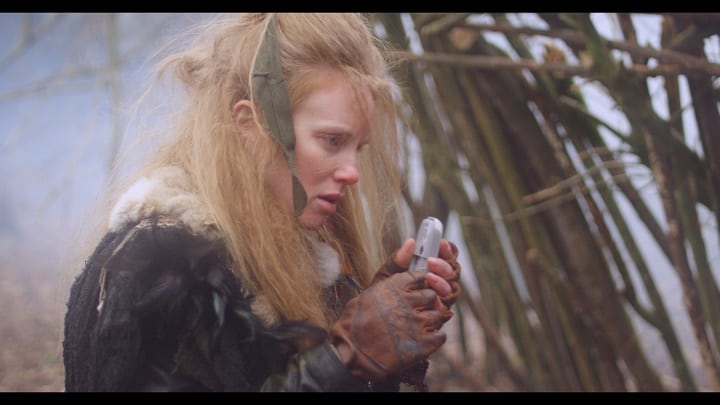 A young mute girl travels around observing survivors and documenting the scenes, putting her into direct contact with a group of ruthless scavengers that want her blood.The journey viewers take is to see whether she can be saved.

Lee, who has been a musician, teacher and actor, set up Silent Running Productions in 2016 and says Thanet was the perfect location for the shoot.

He said: “I’ve always loved the fact that this place can be so beautiful in the summer and yet so bleak at times in the winter. We shot in January (much to the disappointment of my cast) which really gave it a look plus I wanted to add digital effects to this post-apocalyptic world, much like the ending of the original Planet of the Apes which always stuck with me and I think there are definite nods to.

“The whole film actually is a nod to earlier forms of storytelling I grew up with so has a very 1980’s grimy feel to it spurred on by an entirely synth soundtrack. 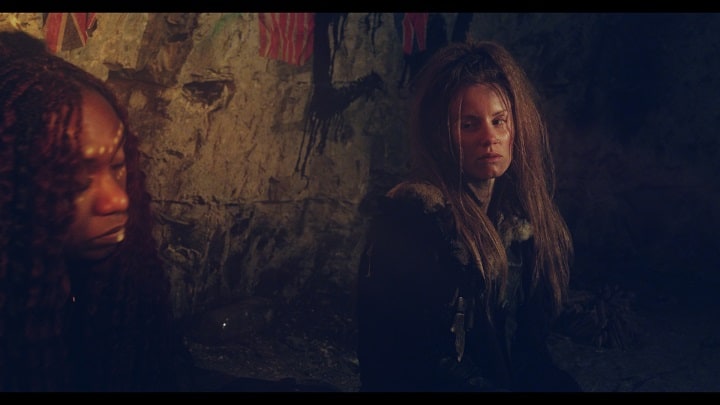 “The location at Tilmanstone was private farmland we could run drones over and in Ramsgate we had an amazing location where through the kitchen door of an Air BnB there were a network of caves where a lot of our action took place.”

The film production company is the culmination of a desire to make films that dates back to Lee’s time as a student.

He said: “I always thought some of the local Thanet beaches would make great locations in the sort of epic storytelling I wanted to do but when I left university in the 2000s before the digital revolution of film as such it all felt like a very far off dream.

“I started acting in shows around the area and working as a musician and a teacher and it was while I was teaching that I started to notice the technology getting better and more affordable.

“I left teaching in 2014 and went full time as an actor, starring in a variety of commercials and small TV roles- the latest being in DC comics Batman spin off Pennyworth which aired earlier this year. I had also started to work self employed as a videographer as a side hustle to support the acting.

“Then in 2016 I started Silent Running Productions named after a very special science fiction film from the 1970s I saw as a child that made me cry. I wanted a company where I could specialise in narrative film making. 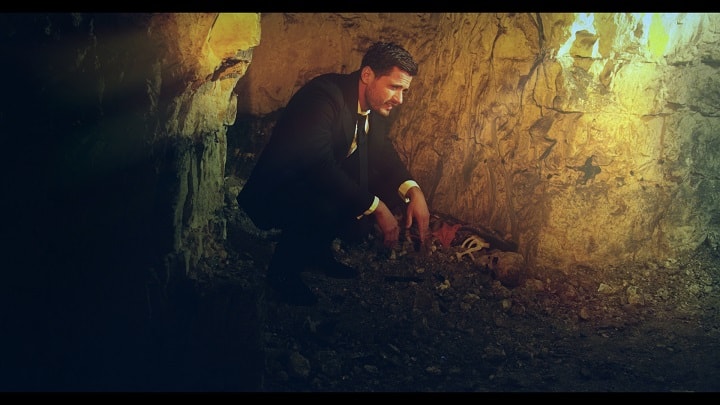 “It ended up being a lot of music videos and branded content for companies however I knew my heart was still in cinema and storytelling so over the last few years the business has streamlined its output and partnered with other companies to produce two short films Ruby Baby and Again.”

Ruby Baby, aired in 2019, was brought to Lee’s company and he then directed  and starred in it.

The film is still screened on the festival circuit, winning awards around the globe including Best Director at the LA Film Awards.

It is set in two times and the cast travels between them through letters written by a young boy who was suffering abuse at the hands of his father.

Lee said: “It was written by me and I also starred, directed and produced this time. This is again set between two times and we travel between them via an artifact that is found in our present day. I pulled in favours with my acting friends who all came and helped me out but it was a serious undertaking – a 30 minute film shot in a mere four days!”

The evening includes a Film introduction and screening, a Q&A with Lee, Fab and Kirsty and a props and wardrobe auction.

The film will also be available on Olby’s TV following the event.

Find out more and book here