A man who caused fatal injuries to his victim following a petty row at the Margate building where they lived has been jailed.

David Harris, 62, grabbed, punched and headbutted 77-year-old Sidney Collier in the doorway of the hotel in Buenos Ayres in  October 2020.

Mr Collier fell to the ground and hit his head, causing a bleed on the brain. He died in hospital the following day.

Following an investigation by the Kent and Essex Serious Crime Directorate, Harris, of Buenos Ayres, pleaded guilty to manslaughter when he appeared in court on Friday, February 12. He was jailed for four years and nine months at Maidstone Crown Court today  (June 18). 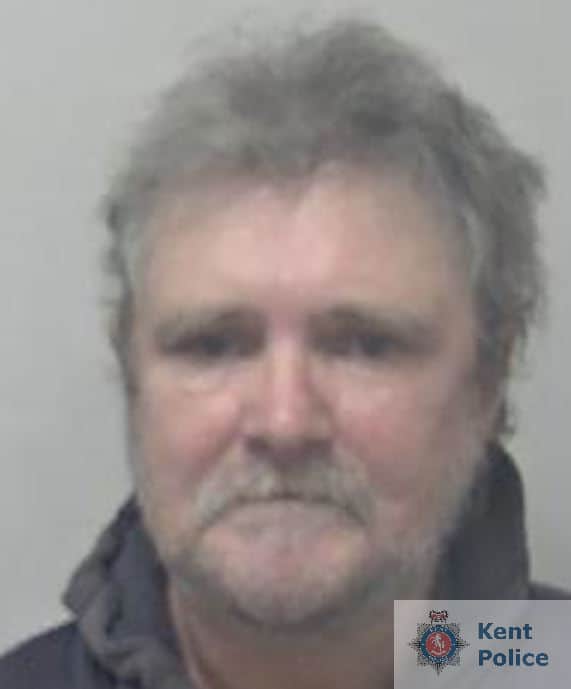 The fatal attack came after Harris (pictured) accused Mr Collier of dropping cigarette butts on to his balcony, despite the butts being of a different kind to those the victim smoked.

Harris was overheard talking about the victim the day before the assault, saying he would ‘knock him out’ and ‘do him outside’.

Shortly after 5pm on Tuesday 6 October 2020, Harris entered the hotel’s communal hallway at the same time Mr Collier was coming in the front door.

CCTV later seized by police showed Harris grabbing the victim by the chest in the doorway, punching him to the face and headbutting him.

Mr Collier then stumbled backwards and landed on his back, hitting his head. Police arrived at the scene and arrested Harris inside the hotel.

Mr Collier was taken to hospital but died due to a severe injury to the back of his head.

Senior investigating officer Detective Inspector Garry Cook, of the Kent and Essex Serious Crime Directorate, said: “This case illustrates how violence arising out of the most minor of disagreements can lead to tragedy.

“The offender’s explosive temper has led him to attack a man in his 70s in the doorway of the building in which they both lived, and his vicious actions have led to the victim’s death.

“Officers acted quickly on the day of the assault and swiftly gathered the evidence which led to his guilty plea. Harris will now have time in prison to reflect on the impact of what he did that day.”