We are, indeed, creatures of habit. We stick with the same supermarkets at the same time every week. I’ve been going to the same barber for the past thirty years (I started young, okay?), and I’ve introduced Bryan to the same place – it’s nice to pass on a tradition from father to son.

Routine is important, and I don’t think we appreciate how important it is until it changes. We’ve had a half-term this week that’s been very active, and that’s lovely – Bryan’s had some wonderful experiences (I hope) and I try to give him familiarity during each school holiday. He goes to a holiday camp for one or two days, he always visits his nan and granddad for a day, and he and I have some quality time together as well.

But, of course, school is the routine, because that’s where he spends most of his weeks and he knows what will happen from 9am to 3pm. So I have to be sensitive to that, and remember that I’m no longer just thinking about myself but about another human being as well. That was a big challenge for me when I went from being a single person to a single dad; the responsibility is huge.

It makes me reflect on lockdown a lot; there’s a lot of discussion now about the educational recovery of children, and that’s quite right – but, of course, the emotional development of children is equally as important (perhaps even more so). During the first lockdown (how can that be a year ago already?), Bryan struggled – everyone did – and so did I. Was I being a good teacher? Was I being a fair dad? Was I being kind, to him and to me? All these questions preoccupied a large chunk of my time, and until I left the job I was working on part-time, I don’t think I had the mental capacity to properly think about those questions.

When I hear my son laugh, it gives me so much joy – it tells me that he is content – and when he hugs me, I know that he feels safe. That means that the memories of lockdown have faded to a degree, and I’m glad; it means that we can focus on the future rather than on the past, and he will be a confident teenager and adult. I’m personally happy for him to remain a child for as long as possible, but that’s me being selfish. 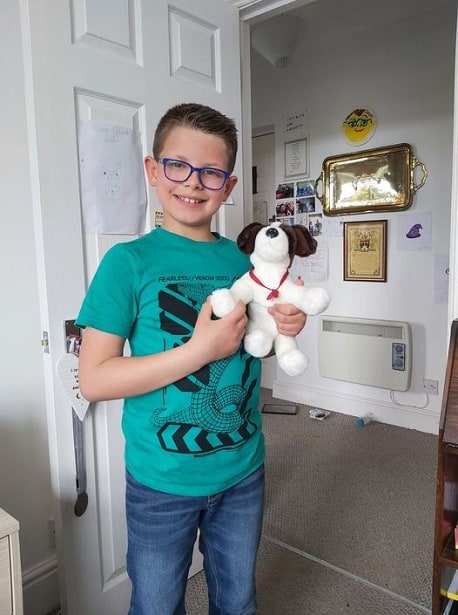 I also helped “regenerate” Poseidon this week, his beloved wolf (don’t call him a dog) companion. You might remember that his first body went missing in London last year, and the trauma still haunts me now (he’s forgotten all about it, I suspect); his second body was starting to get a bit tired and worn out, so a replacement (an EXACT replacement) was needed. He knew it was going to happen, so I could handle it with care and with a degree of calmness that wasn’t there the first time – and wouldn’t you believe it, he’s been fine this time around. Poseidon’s personality moved safely to the new wolf, and all is well with the world – I’m a wreck after planning it carefully, but that’s my problem to deal with.

You know what? I like being a dad; there’s never a moment when I regret making this choice, and I look at my son sometimes and think, “How did I get so lucky?”