A 60 day exhibition of art, spoken word and music will feature at Thompson Mattress Shop in Cliftonville.

A Wondrous Place @ The Mattress Shop opens in August and showcases the works of people who are sleeping rough.

The exhibition will be opened by  Donald Waugh – one of the original stars of the 1976 Bugsy Malone movie – at midday on July 27.

All the works on show and performances will be by men and women from Kent’s homeless community who have attended Arts Council supported structured workshops.

The aim will act as a drop in centre for those interested in furthering their access to the arts.

The exhibition has been organised by Ramsgate resident and artist/writer Dean Stalham and former homeless Thanet artist John Prastitis.

Dean said: “We aim to give artistic experiences to those who wouldn’t normally be able to access them. It is aimed at raising public and professional awareness to the talents and the passion for the arts from this often so called ‘invisible society’ giving a platform and a voice to the often unheard.

“This is a culmination and celebration of three years hard work.”

Former gallery assistant John spent almost a year on the streets after being served with a Section 21 order to leave his Cliftonville flat. He will be exhibiting visual art. Internationally renowned poet Yuyutsu Sharma will be visiting Margate from his base in Nepal. Singer Peter Doherty from The Libertines will also be exhibiting art. 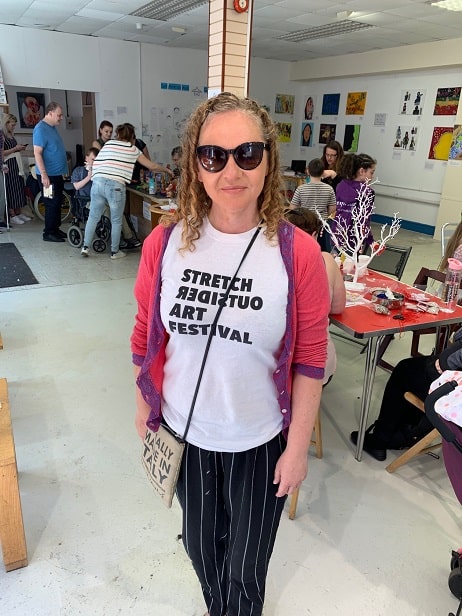 Charity leader and winner of ‘Art Battle Manchester’ Carlotta Allum will run life drawing sessions. Benjamin Zephania will be reading poems from SOS – Surviving Suicide Anthology. Eve McDougall will be teaching song writing and guitar. John Thompson, owner of The Mattress Shop, will assist by turning the premises into ‘A Wondrous Place’

Professional workers from leading charities Porchlight, Campaign Kent and Together for Wellbeing will oversee, advise and monitor.

The public will be able to visit ‘A Wondrous Place @ The Mattress Shop’ during the 60 day period with opening times from midday to 9pm. They will be able to view and take part in any of the workshops and drop in sessions.

Men and women from any vulnerable group will be able to attend workshops and drop in sessions to access artistic experiences.