Thanet charity Louie’s Helping Hands, run by a group of four volunteers, has been honoured with The Queen’s Award for Voluntary Service, the highest award a voluntary group can receive in the UK.

Louie’s Helping Hands is the charity behind The Llewellyn School which opened at its Quex Park site in Birchington in September 2019 following a huge fundraising effort and massive community support. The school is headed by Sara Llewellyn, who originally set it up to provide education for her son Louie and other children in a similar situation after the closure of the Royal School for the Deaf in December 2015.

Initially based in Margate, the demand for places at Llewellyn meant it needed to move to a bigger premises. Anthony Curwen the managing director of Quex Park in Birchington, offered Sara a plot of land to build the school and planning permission was granted in February 2018.

The Llewellyn School Big Build Project was launched by Louie’s Helping Hands in August 2018 to raise the funds to create the site  to improve the lives and futures of children aged two-16 living in Kent and the South East with multi-sensory impairments and physical difficulties. The school provides life changing support  for the whole family and currently has 15 pupils. 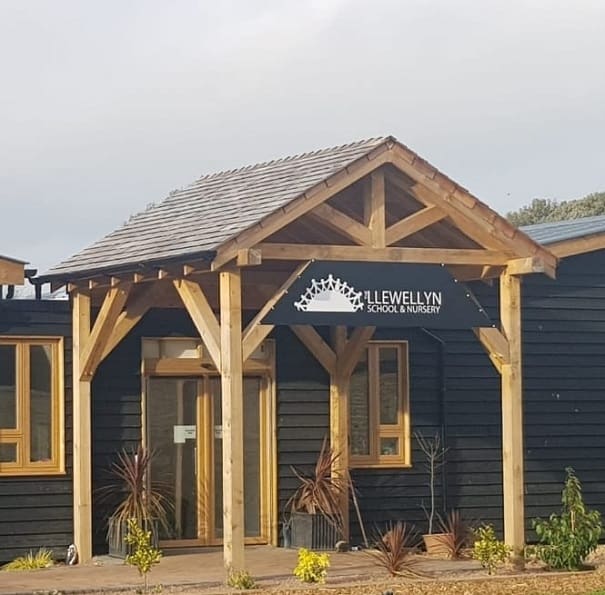 In a statement the four said: “We dreamed big. We still remember the early conversations of “Let’s Build a School” and even as we say this out loud we still smile at how silly that sounds. Yet here we are, a beautiful school in the most beautiful grounds, filled with love and making a difference to all the children and families we support.”

Louie’s Helping Hands is one of 241 charities, social enterprises and voluntary groups to receive the prestigious award this year. The number of nominations remains high year on year, showing that the voluntary sector is thriving and full of innovative ideas to make life better for those around them.

The Queen’s Award for Voluntary Service aims to recognise outstanding work by volunteer groups to benefit their local communities. It was created in 2002 to celebrate The Queen’s Golden Jubilee. Recipients are announced each year on June 2, the anniversary of The Queen’s Coronation.

A spokesperson for the charity volunteers said: “This is a tremendous achievement which also coincides with our 5th year anniversary. What has been achieved in that time is truly incredible and we feel so lucky that we have had so much love and support from our local community.

“We are extremely proud that we have ensured that all The Llewellyn School children continue to benefit directly from the charity by having weekly additional therapies, new resources and equipment.

“In 2020 we started fundraising for our next project, The Llewellyn playground appeal, and we are delighted to share the news that works have started this week. Our aim is to have the playground completed by the end of summer 2021. A heartfelt thankyou to everybody who has been a part of our journey. We are excited for the future.”

The new playground will be accessible to children of all abilities from across the Thanet community. It will have wide ramps and a viewing platform with lights, texture and sounds aa well as a role play area with a farmyard theme. Wheelchair “racetracks” will lead the way to all areas of the playground.