The Broadstairs Harbour and Seafront Group is calling for volunteers to help with painting the handrails at the Jetty.

The group was formed in January 2016 by harbour users and business owners who worked with Thanet District Council to get a programme of repairs and refurbishment underway to assets in and around Viking Bay.

The group was also maintaining The Look Out House informally as volunteers. The building is Grade II listed, so needed careful handling.

With donations of money, materials and time, both the wooden staircases were repaired and some remedial repair works were carried out to the building, including a fresh coat of paint.

The Broadstairs Harbour and Seafront Group became a Community Interest Company in 2019. They made a successful bid for the transfer of ownership of the Look Out from Thanet District Council in February this year.

The team then set about repairs and replacements where necessary, including the woodwork on the side of the building facing Viking Bay. 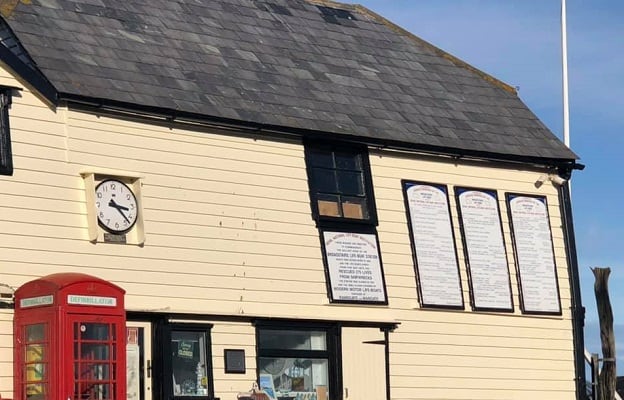 The restoration of all the 3D elements on the outside of the building, including the RNLI citation boards, Hercules, The Whale Bones and the infamous Scotsman, are either complete or in hand to happen this year.

To compliment all the work done to date, there is planned refurbishment and painting of the wooden handrails that surround the Jetty on Viking Bay.

This will be happening over the next two weeks, organised by Broadstairs Town Team. The group is asking for local volunteers to take part by pledging to donate time to help the project happen.

Preparation, rubbing down and undercoating will be taking place next Thursday (May 27) for anyone who would like to give a helping hand.

Materials for the project have been supplied by the Broadstairs Harbour Master via Thanet council. 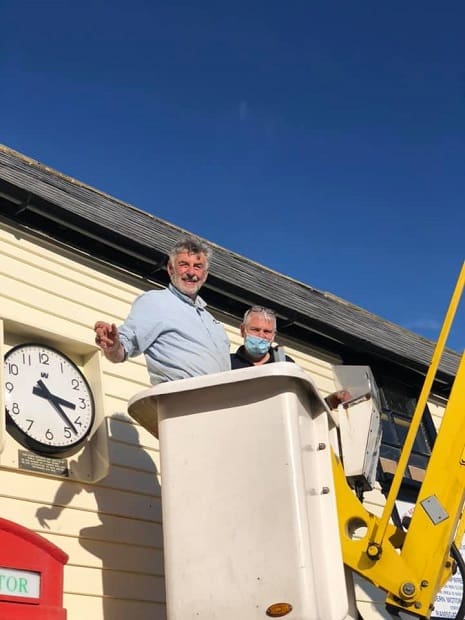 Mac Towe, Chair of the Broadstairs Harbour and Seafront CIC, said:“We are a non-profit making volunteer group and would love to hear from other local people who feel as passionate about Viking Bay and its significance to Broadstairs.

“Initially we need people who are willing to donate a small amount of their time to help with the re-painting of the railings and the breakwater, but also we have plans and hopes for future projects linked to the steps and other elements of Viking Bay. Without volunteers we would not exist and be able together to make these projects happen, so we would like people to make contact to join and support the team. We need people to help rub down, undercoat or paint.’’ 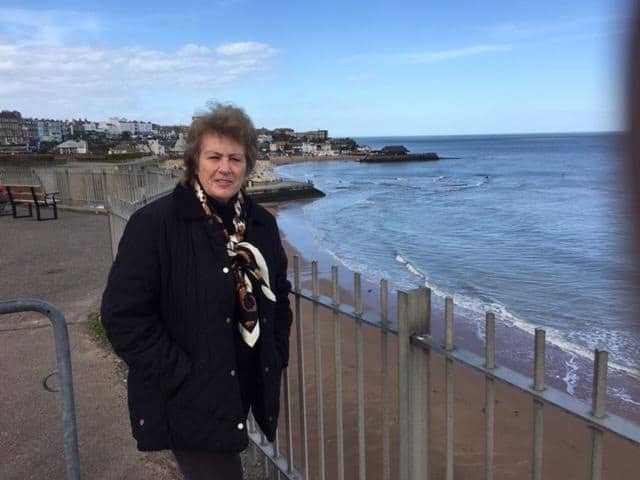 Ros Binks, Councillor for Broadstairs and St. Peter’s and Kent County Council added :“This is a perfect example of local community groups working closely together to make a difference collectively in Broadstairs & St Peter’s. Our important landmarks and buildings require as much essential maintenance and repair as any others in Thanet.

“The Town Council and the Harbour & Seafront Group have both acquired and refurbished key buildings in Broadstairs in recent years, but other publicly owned and important assets of the town are in urgent need of attention. There needs to be a greater focus on and investment in not just retaining, but improving those assets that make Broadstairs special, for future generations of residents and visitors to enjoy and also to support tourism which is a key element of our local economy.

“The amazing public response with offers of help shows that the community is ready to play its part. Community can and does make a difference”

Broadstairs Harbour Master Simon Bown  added: “I have been Harbour Master at Broadstairs, for the last 4 years and it has always been a pleasure coming over to the harbour and meeting the hardworking volunteers that have put in so much effort preserving the heritage of the Harbour. It is rewarding to know that the Look Out House is in such good hands and in good order now.

Volunteers are asked to email info@broadstairstownteam.org.uk to pledge to help and find out more.

To find out how you can get involved future Viking Bay projects, please email ; info@broadstairsseafront.co.uk