From Saturday (May 1) seasonal dog restrictions will be in place at beaches in Thanet.

The restrictions are aimed at helping to protect water quality and as a condition of  Blue Flag and Seaside award status.

The restrictions are also part of  Public Spaces Protection Orders (PSPO) in place in Thanet.

There are ten beaches along the coastline that allow dogs on them all year round. Some beaches dogs are allowed at certain times of the day, and others have a total ban on dogs on the beach during the bathing water season. 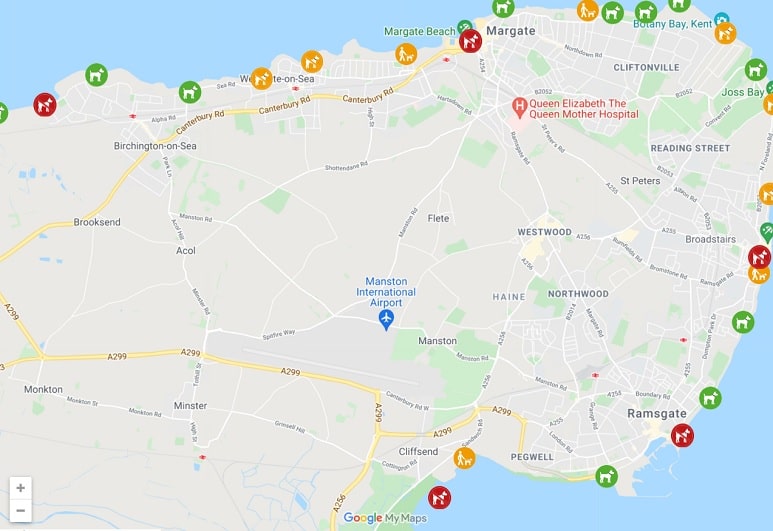