The Roman civilisation is regarded as being one of the most significant in the development of Britain’s history.

But how did it begin – that’s the challenge that Year 4 pupils at Upton Junior School have explored, looking at social, economic, education and transport as it became the template under Roman occupation.

As part of their exploration boys and girls turned archaeologists as information from aerial photographs appeared to show a Roman village right under their school playing field. 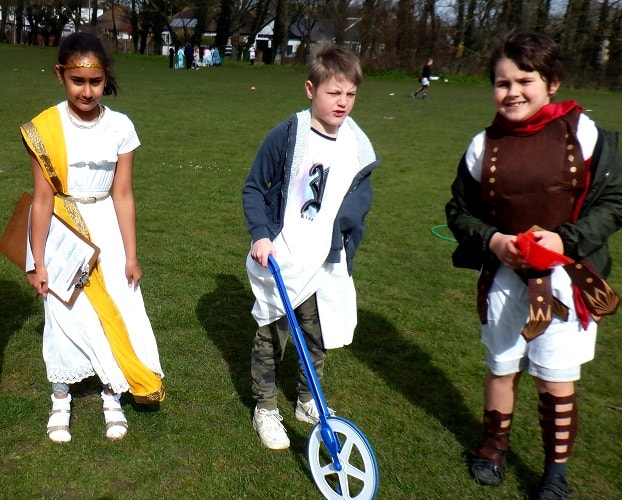 Evidence suggested there may be a crossroads surrounded by a number of possible buildings.

Head of Year 4 Nicola Sedgewick explained: “We used compass skills and a trundle wheel to find the cross roads – X marks the spot.

“From this central point, groups set off with a compass, trundle wheel and a set of cones to map out eight possible Roman buildings. 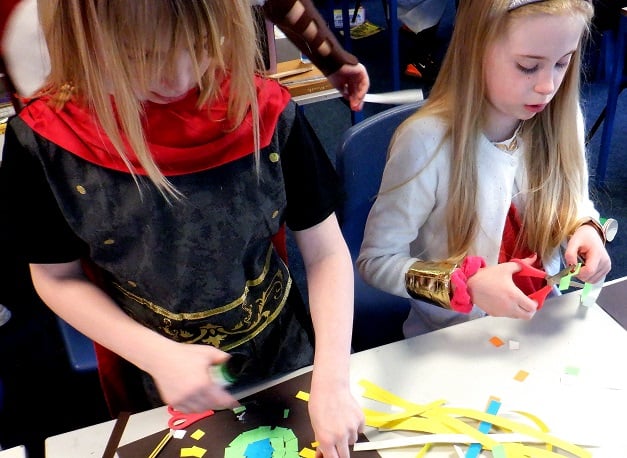 “The scenario was obviously pretend but it was a great way to encourage the use of their skills to find the Upton ‘settlement’ – no doubt similar to settlements that have been discovered around east Kent.”

Children began their day-long WOW topic voyage of discovery through a dramatic interpretation of the invaders landing at Richborough and setting up camp, pitching tents and fixing fence posts and barriers to keep out to Celtic hordes. 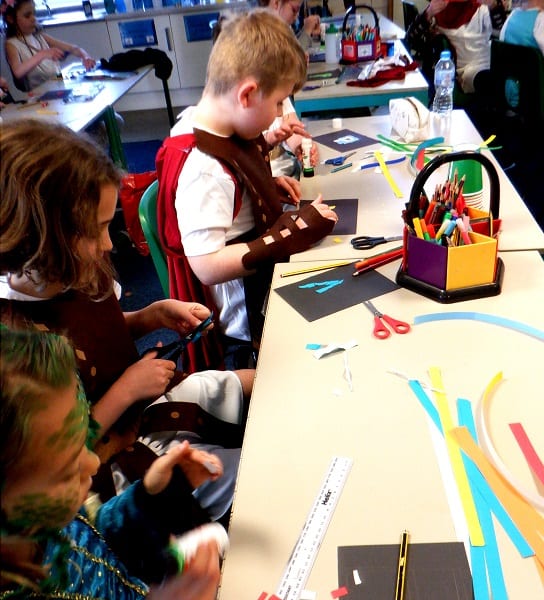 With a foothold in Britain, the Romans began to build roads and where the roads met, at crossroads, markets (‘forums’) sprung up.

Pupils acted out selling Roman goods such as pottery and  jewellery, together with food including bread, fruit and veg, meat and fish and delicacies like roast dormouse. 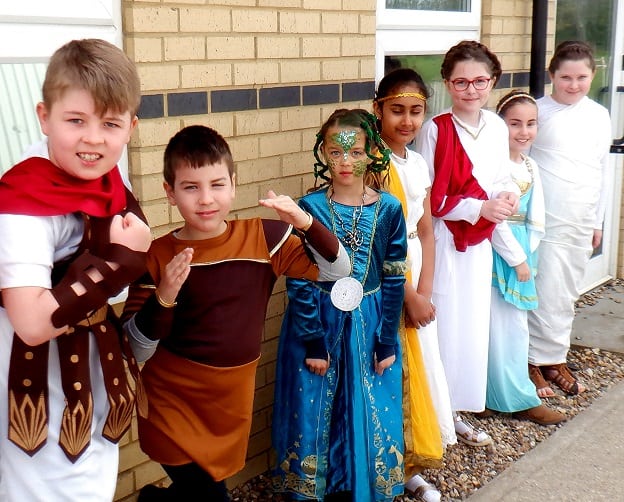 The drama session finished with Upton’s Romans interpreting a fitness session in the gymnasium and a welcome relax in the local baths and spa.

The children also explored how the Romans expanded on the creation of mosaics, originally introduced by the Greeks. 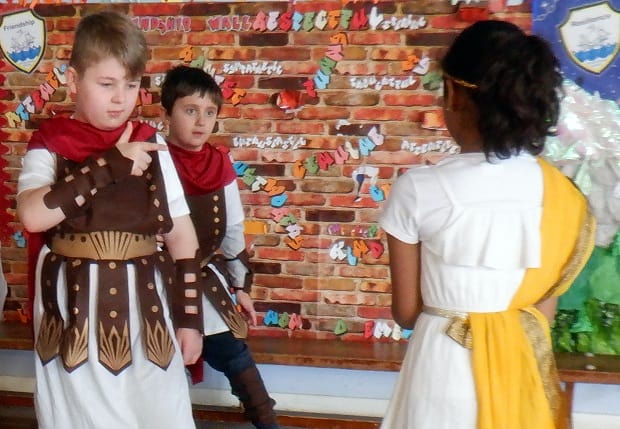 Mosaic floors were a statement of how wealthy and important you were – the bigger and more detailed the mosaic, the more impressive. 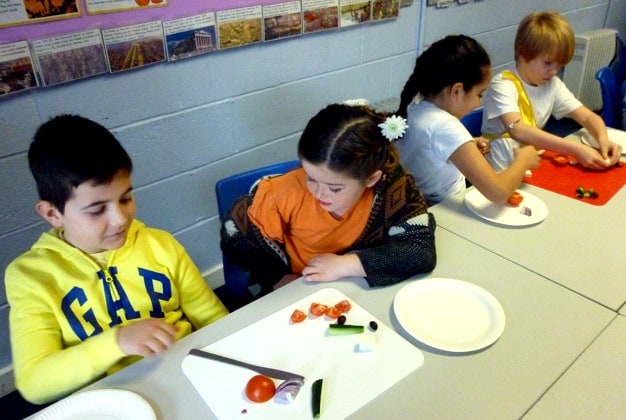 Boys and girls then embraced art to create their own mosaic designs using Roman tiles known as tesserae.

As part of their special day, children also created their own tasty and nutritious Greek salads. 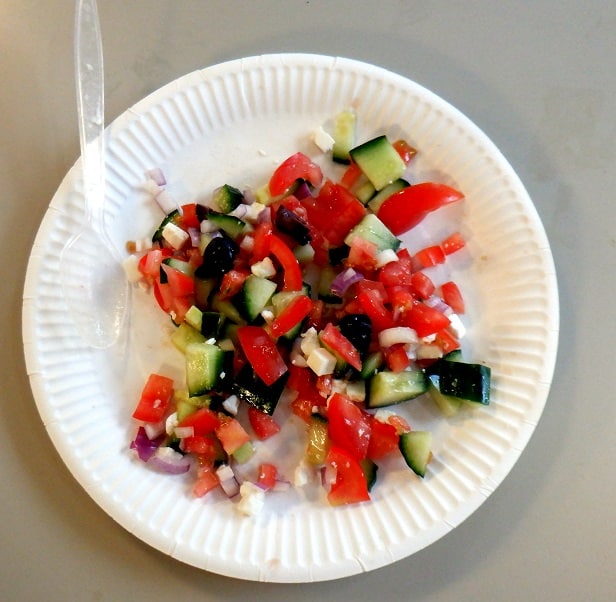 Head of School Darci Arthur said: “The activities really engaged our pupils, particularly the ‘discovery’ of the Roman settlement under Upton. Throughout the day Year 4 successfully put a number of their skills to the test, utilising team building and communication which are other important parts of their educational development.”