Cliftonville Aldi staff will stand outside the store tomorrow to pay respects to a much-loved elderly customer who has passed away at the age of 96.

Daughter Joyce Green says banter and care from the shop staff brightened the life of her father John Garbutt, who was known for his love of a bargain, and she is thankful after they agreed to be outside the store as his funeral cars pass by.

John was born one of three children in Camden Town. He met wife to be Peggy in 1942 at the British Museum before attending a communist rally.

Four months later he proposed in Ravensbury Park, which is where family will scatter the couple’s ashes.

The couple married in September 1943 and had four children – Brenda, Joyce, Geoffrey and Graham.

The grandad-of-nine and great-grandad-of-21 and wife Peggy served the Salvation Army after John took on the role of Auxillary Captain in 1971.

Joyce said: “Mum and Dad were wonderful officers and brought a lot of happiness to the people they served.”

John had suffered several health scares over the last few years including throat cancer, a broken hip and sepsis. Joyce said her dad had been looked after by a dedicated team of carers.

But shopping was also something John loved and Aldi was a favourite for him.

Joyce said: “Dad loved shopping.  We had our favourites, Lidl, Morrisons and Aldi.  The staff in Aldi were amazing to my Dad and they also really cared, for when I broke the news of his death, there were tears.  Dad loved a bargain so much so that if we ever got one we would buy it for Dad and enjoy showing off our reduced price finds.”

Joyce wrote to Aldi Cliftonville’s store manager to say thank you but also to ask if staff might stand outside when John’s funeral cars go past the store. 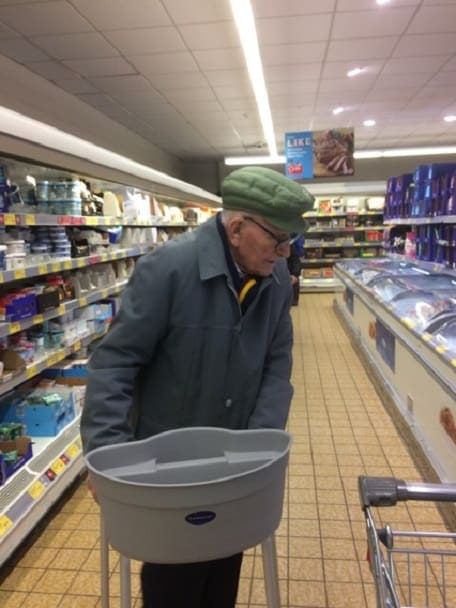 She wrote: “Sadly my Father John Garbutt died on 13 March. He was 96 and had a wonderful life. But his last years were enriched by the lovely banter and care from your Aldi staff, even the Security Guards were kind to Dad, especially during this last difficult year.

“When I told the ladies about Dad’s passing they were very sad, in fact Rosanne cried. Dad and l became a bit of a double act, and he loved going shopping. Dad’s funeral service is at 1pm on 13 April. I have asked for the funeral cars to come pass Aldi on the way to the crematorium.

“I was wondering if the staff who remember Dad would be allowed to stand outside as we pass by.”

Joyce says she is delighted that the store manager has agreed and staff will be outside at 12.40pm tomorrow as the funeral procession goes by. 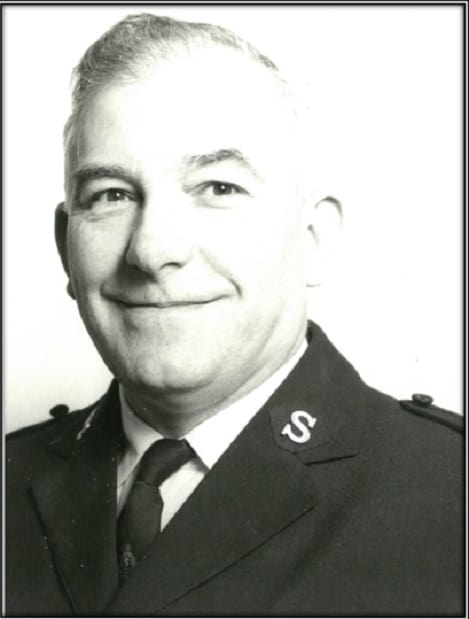 The service for John will be led by Carl Whitewood and Major John Watson from Ramsgate Salvation Army.

Joyce added: “There was a very special bond from Major John Watson and Dad relished his visits and had struggled over the past year, not quite understanding the Covid pandemic and the restrictions the government imposed.  He wanted to go to London to demonstrate.

“I know Dad is in a good place now.  No more pain.  Promoted to Glory.  Thank you for being our Dad, our friend, always bringing words of comfort, a shoulder to cry on.  Always an inspiration.  Always there with so much love and advice.  You will be sorely missed.”