‘Beach-themed’ coloured cladding on a property extension in Ramsgate has been deemed ‘visually intrusive,’ by a council planning officer.

The owners of the property in London Road, Sue Brown and husband Doug – who is a former Thanet council head of development – may have to dismantle the work if retrospective permission is denied.

The application is due to be discussed by councillors on Thanet’s planning committee next week but the officer has recommended its refusal, saying: “The development, by virtue of the colour and finish of the cladding to the extension and front facade, exacerbated by the dwelling’s prominent corner position and location in the road results in a visually intrusive, incongruous and discordant form of development, which is architecturally unrelated to the application property, is detrimental to the character and appearance of the area, and contrary to Policy QD02 of the Thanet Local Plan.” 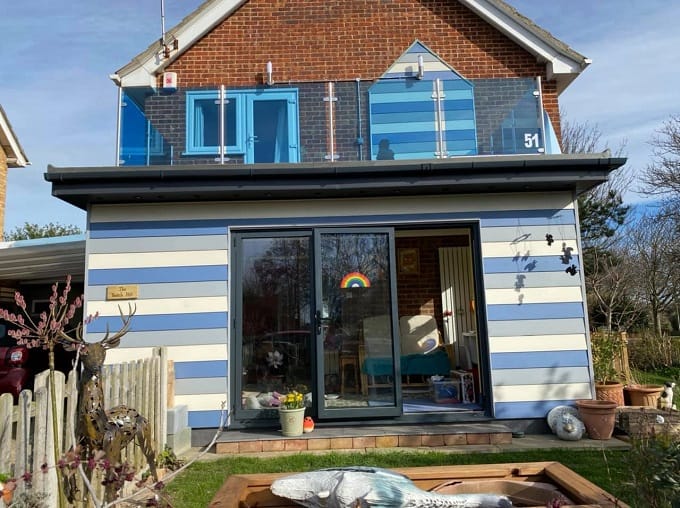 The approved extension was proposed to be white render with grey UPVC windows and doors but is now white, grey and blue stripes alongside a with a ‘beach hut’ style silhouette.

One letter of objection was submitted to the council. A further 16 letters of support were also received with one saying: “The proposal gives so much pleasure, especially with the conditions we currently live in.” 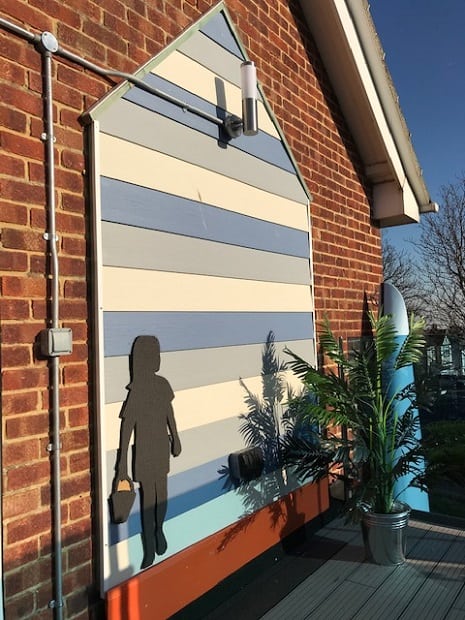 Ramsgate Heritage Design Forum has objected, saying “the colours and design are discordant and visually obtrusive.”

A report to councillors says: “The proposed development is considered to be at odds with the host property, and will result in a significantly harmful effect upon the street scene.”

However, there has been support voiced by residents on the We Love Ramsgate facebook page with the majority saying they enjoy seeing the creative house front.

Councillors will discuss the application on April 14.