Helen Kemp is a founder member of Access Thanet, a disability campaign group and mum to an adult son who lives with muscular dystrophy and uses a powered wheelchair.

As a B&B owner in Broadstairs  I have already been asked by potential visitors if the Viking Bay lift will be open this year. It’s closure for the last two years ruined the possibility of many to enjoy the bay and the promenades around them.

I am writing now to convince TDC councillors and officers to ensure proper maintenance and preparation of the lifts for summer opening in Broadstairs and Ramsgate. They must then announce the date of opening.

Some people have physical disabilities or temporary health issues and others just find the ninety steps a bit too much of a challenge. Everyone should have equal access given that the lifts exist and under equalities legislation, should be maintained.

It is unforgivable that for two years people with these issues have found the lifts are closed. We have been given excuse after excuse. Obviously for many weeks of last year it was COVID. Though for some of August after COVID restrictions were lifted, I was told that there was a mechanical issue. 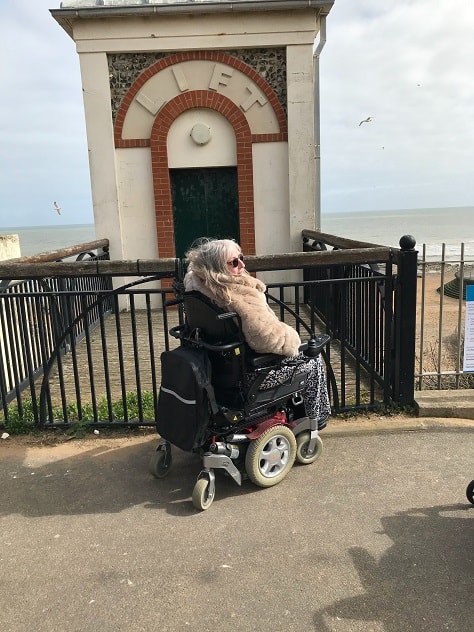 Meanwhile, thousands of people thronged down the steps and onto the sand during July and August. At the same time filthy car park lifts, managed by TDC, have continued to operate throughout the pandemic. lifts in shops, stations, schools and leisure centres were also open. Of course, I appreciate that only one ‘bubble’ should access at a time.

Throughout the 2019 season, mechanical issues were used as an excuse and then COVID during 2020. The beach lifts never opened.

Physically able people were on the beach and the less fit could not go there.

Accusations of discrimination can be expected if a council has not demonstrated that everything in their power has been done to enable equal access.

The lift appears graffiti covered and grubby as can be seen in photographs. Thanet council has received numerous email and telephone communications about this over the last two years.

Now is the time for the council to demonstrate care. They must show that they will maintain the lift in safe working order and TELL US THE OPENING DATE!