Thanet council is determined not to “be caught with its trousers down” when visitors are predicted to return to the isle after stay at home restrictions are removed on March 29, says leader Rick Everitt.

Following the announcement of the government roadmap out of covid restrictions, including the removal of the stay at home requirement – to be replaced with ‘stay local’- the authority is expecting day trippers to once again flock to Thanet beaches if the weather is warm.

Last year Thanet experienced an influx of visitors which caused some issues, including mounds of litter and defecation in public areas because toilets were not open.

In July and August the council had to issue warnings as beaches in Broadstairs, Margate and Ramsgate neared capacity.

Parking mayhem in Broadstairs also raised complaints with residents saying visitors blocked driveways and other vehicles as they tried to find parking spaces so they could visit Botany Bay.

This year Thanet council aims to be prepared for any daytripper influx. Measures brought in during the height of last summer, including extra police officers on duty and a new coastal supervisor, security staff, parking warden patrols, extra litter bins and the opening of public toilets.

In addition there is the new Beaches and Coast Public Spaces Protection Order (PSPO) which reflect and replace existing bylaws, with minimal changes to the current rules, coming into effect in March.

In his leader’s report, Cllr Everitt says: “This week the (hospitality and leisure) sector has been offered the prospect of outdoor reopening in mid-April. However, travel restrictions are to be relaxed on March 29, which means there is potential for significant visitor numbers in Easter week, before any such facilities are open at all.

“Some residents were worried last spring that the influx of tourists would raise infection rates and criticised the council for not trying to discourage them. Now we know more about the virus, there is confidence among the experts that the public use of beaches has not been a cause of increased infection anywhere.

“Nevertheless, the easing of lockdown last year did bring problems. Quite understandably, given the suddenness of the initial lockdown and then the Prime Minister’s relaxation of restrictions on travel, we were not ready for the influx. In particular, the closure of all other public toilets, and our own until we could put in place a safer cleaning regime, caused issues. This year our toilets will be open.

“I believe that the Beach Management Plan and additional measures we subsequently put in place last summer to manage the crowds and deal with the waste they left behind, as well as the multi-agency approach that we pioneered, were a success. However, I acknowledge there were some local problems we could not address satisfactorily then.

“At the same time, this surge in visitor numbers provided a shot in the arm the Thanet economy needed almost as much as the vaccine itself. I believe the council and its partner agencies learned a lot last year and that further measures we are putting in place, such as the new PSPOs, will stand us in good stead in the months ahead.

“We can’t always predict the future – and the British weather in particular – and we are always limited by resources in what we can do, but I accept that the council will be judged harshly by residents if it is caught with its trousers down by visitor numbers this year.

“We are doing everything possible to avoid that, including addressing the issue of adequate public toilet facilities, in Margate and elsewhere, but inevitably there will be further challenges. We will do everything we can to anticipate them.” 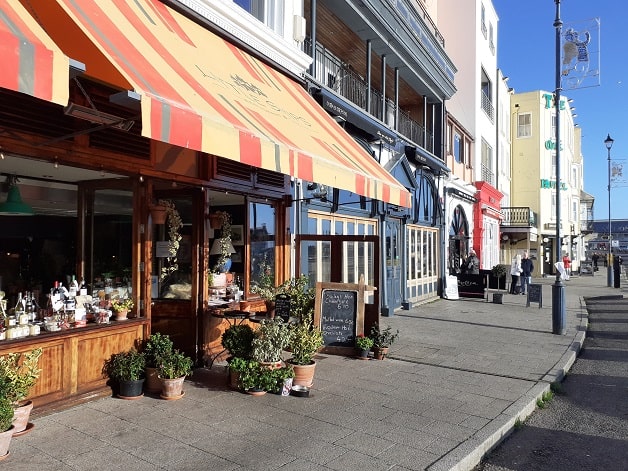 The arrival of visitors will be welcomed by many leisure and hospitality businesses which are looking forward to reopening from April 12 – including outdoor service from pubs and restaurants – and more fully from May 17 with the reopening of indoor service for pubs, restaurants, play areas, cinemas, theatres, hotels, B&Bs and sport stadiums. Rule of six will apply for seating in pubs/restaurants.

By June 21 social restrictions are expected to be lifted across the board if data for covid cases, hospitalisations and deaths allows.