The wonders of Ancient Greece unfolded in a virtual theme day for children at Ramsgate Arts Primary.

Boys and girls from Year 5 were encouraged to dress as members of the civilisation as they explored an important part of history in their topic learning at home and in school.

As well as looking the part, pupils enjoyed food tasting to sample the delights of delicacies including feta, tzatziki, humus, pita bread, olives and Greek yoghurt.

Next up was a virtual quiz with questions embracing their learning so far include the Greek gods, the Olympics and how they developed, Athens and Sparta, the Trojan horse, the zodiac and theatre. 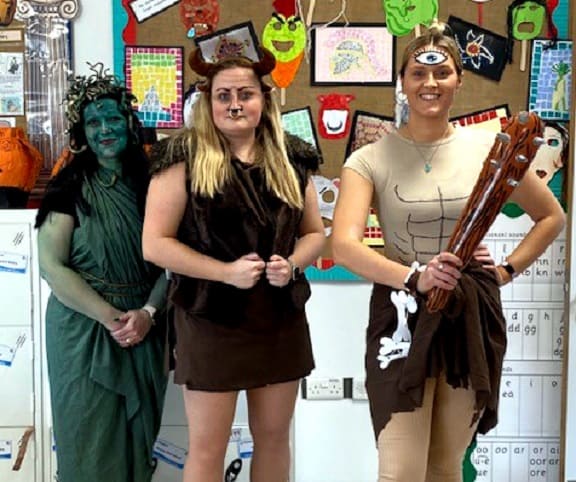 In a drama workshop pupils embraced a range of activities. First they had to walk like a soldier, then like Zeus, a slave and the mythical evil King Minos. They also had to imagine were buying and selling vases, togas, food, jewellery and other goods in a traditional marketplace known as an agora.

Their next task was to become athletes entering the Olympic Games and taking part in training for their events, following the tradition of sacrificing an animal (in this case another pupil!) to Zeus for good luck. 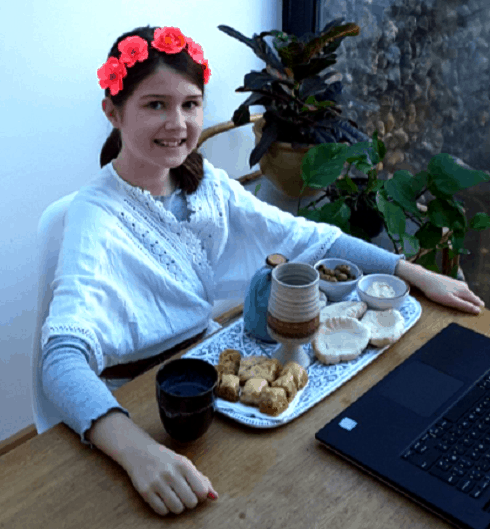 Finally they had to freeze frame different sections of a Greek myth about Daedalus and Icarus, and also learnt how to form an army phalanx formation designed to combat the Cyclops. 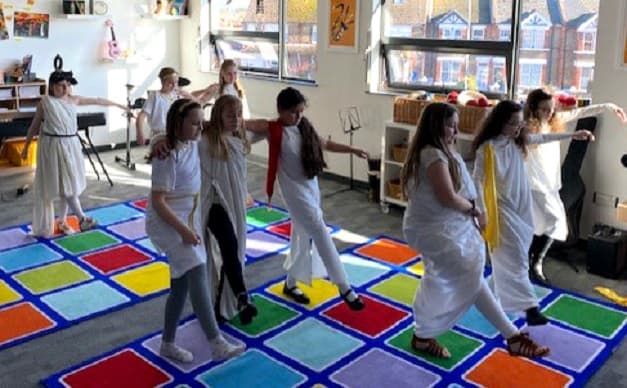 Year 5 teacher Hannah Dannell, who is Head of Arts at RAPS, said: “The children had a great day and it was so lovely that everyone could join in, whether they were learning from home or at school. It was amazing to see that everyone had made such an effort, dressing up for our online lessons, including the staff.” 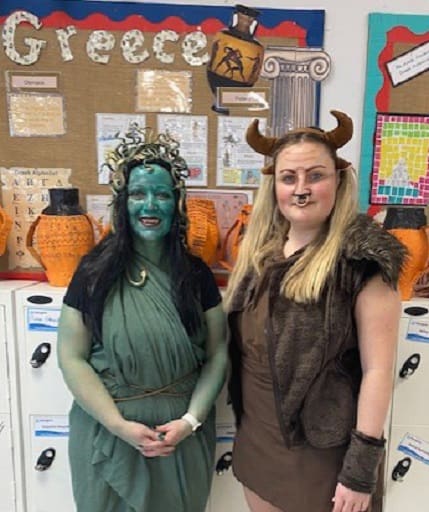 Head of School Nick Budge added: “Theme days are important parts of topic learning. It engages our children and encourages them to feel a part of the time and place they are investigating. It is an added dimension to their learning and although it is more difficult to deliver an event like this through the virtual learning we currently embrace due to the pandemic lockdown, our staff did a brilliant job and our boys and girls really gained so much benefit from it.”