An online meeting will be held to share updated plans for the development of 153 homes at the Westwood Lodge site in Poorhole Lane.

L&G Modular Homes have taken over the scheme and made a series of amendments to areas including moving new builds further away from the existing buildings and retaining more of the trees onsite.

Outline planning permission for the development, which is private land, was granted by appeal in 2017. The original application in 2015 was rejected by Thanet council for reasons including concern at additional pressure on Sandwich Bay protection area and “a significant incursion of the built form into the green wedge.”

The Planning Inspectorate decision overturning Thanet council’s case said it was weakened by a lack of a 5 year housing supply plan and “as the woodland visible along the northern and eastern site boundaries would be largely retained its distinctive landscape qualities would not be prejudiced.”

Former developer applicant Places For People Homes Ltd pulled out of the scheme last year. During the second half of 2020 Rooksmead Residential Ltd agreed terms with L&G Modular Homes on a revised set of proposals.

An amended layout and detail with regard to the appearance, landscaping, and scale of the new development has since been submitted.

Documents for the amended plans say: “The scheme has been developed with the heritage constraints in mind and has sought to preserve the immediate setting of the grade II listed main house and associated gate piers, as well as The Cottage.” 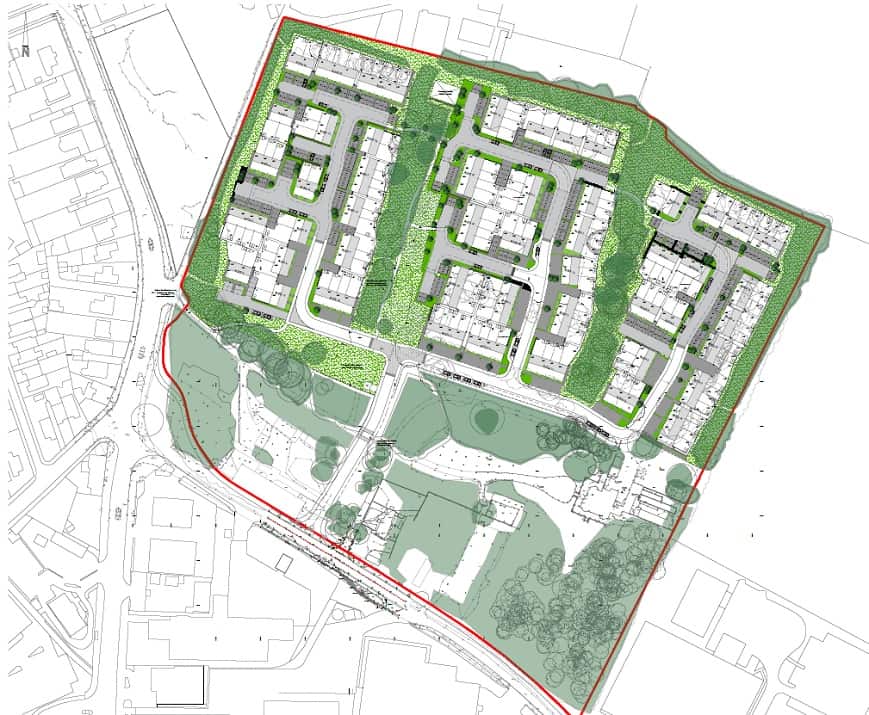 The main changes are

No formal boundary is proposed between the new development and Westwood Lodge. This will remain as existing, with the boundary will be formed by existing trees, in order to protect the setting of the current building.

The listed entrance gates will be retained and opened up to pedestrian access along the carriage drive.

In February last year the Thanet Trees group held a protest at the site asking for halt in works for full ecology surveys, approval of planning conditions and for more information to be shared about a rumoured burial pit.

The group had concerns for birds, bats, slow worms and reptiles.

A statement in the amended plans says: “The Westwood Lodge Estate represents a sizeable landholding requiring considerable capital to invest in maintenance and repairs.

“As appropriate, there may also be further potential for restoration of some of the features, including the historic metal fencing along Sloe Lane, reinstatement of iron railings at the entrance drive, and repairs to the balustrade of Westwood Lodge’s terrace, though these would not necessarily be predicated on the proposed development of the site.”

L&G Modular Homes will host the virtual meeting on Tuesday, February 16 at 7pm.

Anyone who would like to attend is asked to email westwoodlodge@landgmh.com and a link to the meeting will be sent.