I never thought I – as a retired teacher – would ever say DON’T SEND YOUR KIDS TO SCHOOL!

I believe in education, I believe in teaching a broad range of subjects and training young minds to ask endless questions, and gain the skills to find their own solutions.

But what we don’t need is schools becoming little factories for the virus to experiment with finding new ways of infecting all of us. It’s happened in Kent – what a feather in our caps to have a variant of a deadly disease named after our county! Or not… 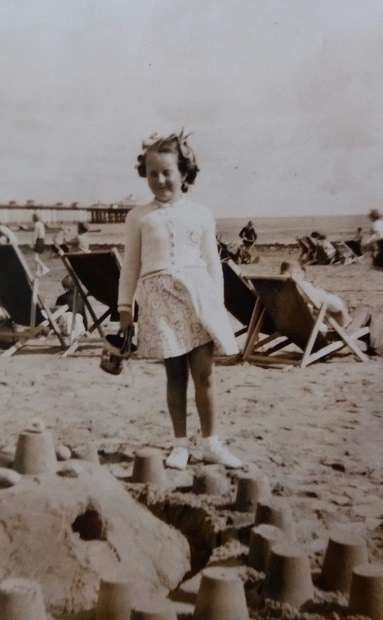 I missed a lot of school in the polio pandemic in the 1950s. I was in hospital for several months and then for years I had to go for treatment several times a week to the local hospital. Physiotherapy had not long been invented and we crippled (we were called that!) kids were getting the benefit of a free health service and free education – when we could get there.

I was kept home in icy weather or the least sign of any infection, just in case….

I was just seven when I went into hospital and seventeen when they decided I was fit for adult life with no more medical intervention.

I may have missed a lot of time in school but I never missed school itself. I could read, sew, knit, collect unfortunate creatures in the garden and the nearby park, watch unsuitable crime series on tv and knock about with a gang of neighbourhood kids.

I passed my eleven plus, went to university, did post grad research etc etc – free education all through my life and free health care.

What’s that little personal epic got to do with what’s happening now?

Well, first of all, I don’t believe the panic about kids going back to school is to anything to do with concern over their future life chances. Given the right circumstances kids will learn anywhere.

Given the wrong school environment lives can be blighted for ever. I used to teach adults returning to education in a poor part of south London. They had failed in school from poor teaching, or poverty that meant they worked to supplement the family income, look after younger siblings or even parents, or bunked off because nobody really cared if they were in school. When they got to my college they caught up in a year or two – as motivated adults – all the learning they’d lost in their school years.

But I don’t see the government investing in adult education in this way.

It seems to me the “get back to school” mantra – against the advice of the scientists and the teaching unions – is more to do with getting the parents back into work and propping up our weird economy than any concern for the children.

And what about poor children? The ones we hear live in terrible homes, not eating properly if they don’t get their free school dinners and not able to access the online learning the lucky kids with computers and supportive parents are doing?

Shouldn’t they be fed properly and have enough money to be properly equipped for learning anyhow?

Hasn’t it been a revelation that Boris Johnson has at last noticed them? And isn’t it a bit rich that the government is depending on schools to solve the appalling problems of overcrowded housing and poverty?

In affluent families there is no problem about keeping their kids at home.

Most of the cabinet went to expensive boarding schools so how can they understand the problems of poor kids in bad homes? Or of people who have to go to work – regardless of the covid risks – because otherwise they can’t feed their kids.

Before we start worrying about keeping kids home from school because of coronavirus perhaps we need to look at all the unfairness in schools, and in life as it is.

Why aren’t we demanding an end to child poverty, and end to bad housing. And an end to the endless hypocrisy of our rulers!