When are you expecting to die? My granny lived to 97, but my mother died at 68. I’m hoping granny’s genes prevail.

I heard an MP on the radio a few days ago saying that as most people die between 80 and 90 we shouldn’t be too shocked at the number of deaths from covid, it was sort of natural! It affects the older age group much worse than the young so we should live with that reality and not try to harm the education and job prospects of people with their lives in front of them – just in order to give a few more weeks of life to us oldies who’ve had our turn (and can’t even walk properly any more, he might have added).

Well I found that shocking.

I had plans to fade out slowly at a hundred and something with a gin and tonic in my hand gazing at an Aegean sunset. Or similar. A Thanet one would do if we’re not allowed into Europe ever again.

I might want to choose when to go. A friend in Amsterdam has just said goodbye to an old friend who has decided to go for assisted suicide to avoid the pain in front of her with terminal cancer.

One of the few risks we took this summer was to celebrate the continued health of our favourite relative. To have anything resembling an auntie at my age is tremendously lucky. She belongs to my partner really but I claimed her years ago. 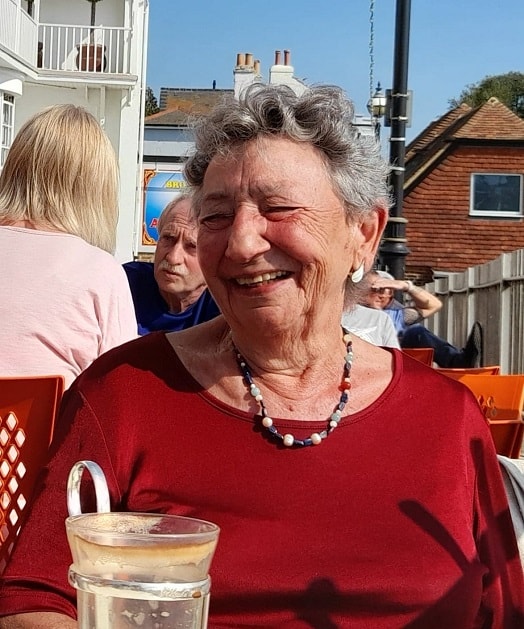 We went out twice to celebrate her 90th birthday – to places with tarpaulin roofs and a howling gale rushing through so we thought the virus would blow away. The Posillipo garden was a bit like eating aboard an Elizabethan galleon on Broadstairs seafront with flapping canvass and a main mast wobbling convincingly!

But the birthday auntie seemed unflappable. She quite enjoyed the Blitz as a child in London’s East End, but all her life campaigned for peace (she was on the first Aldermaston march in 1958). She has calmly stood by me through my worst life crises – so a seafood pasta in a storm was fun!

How dare politicians think people like her are dispensable! She still gives good advice, helps to run a pensioners’ campaign group in London, and is a role model of political activism and optimism. 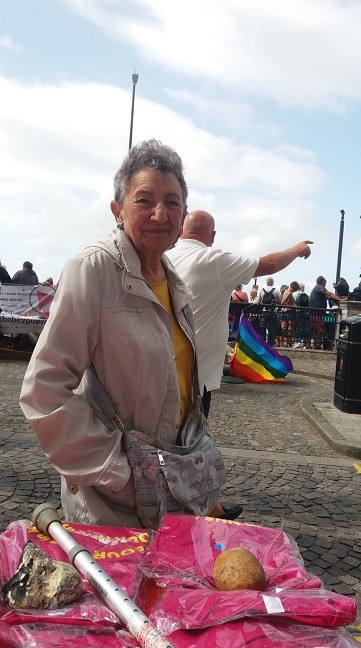 But even if you’re less active and might even be forgetting who you are in a care home, you’re human, your life matters. We are in a wealthy country. We can pay for healthcare, we can pay to keep people off work and out of the schools and universities to protect their grandparents. We can pay for everyone to have a vaccine and implement a proper test and trace system. Why don’t we do it?

At the end of WW2 the UK was poor from six years of having to invest in destruction but the 1945 government set up the basis of the welfare state, free education, free health care, decent pensions, state funded housing at reasonable rents etc etc.

Our PM has often compared this virus to a war. If it was we’d be in smithereens by now through Boris getting some missile tracking system wrong or putting Serco in charge of Trident.

As for our family, I’d like us all to be together at Christmas, or at least alive. It’s all looking a bit dodgy at the moment. We need a leader with a bit of life experience and common sense – and a heart!

Can’t we put Auntie in charge?