Creative children at Ramsgate Arts Primary School received a special reply after wanting to find out more about top storybook author Anthony Browne after being captivated by his tales.

They sent letters and drawings to the award-winning illustrator and writer asking for information about his career and his stylistic work after reading three of his popular stories as part of their English core text studies.

To their delight, Mr Browne, a former Children’s Laureate, replied thanking them for their interest as well as answering specific questions. His reply also carried a drawing of one of his best-loved creations Willie the chimp.

Teacher Helena Meikle said: “We have studied Into the Forest, Voices in the Park and The Tunnel and read his books in our guided reading sessions. We have also used them to inform how to write a biography, an informal letter and a formal letter.

“We sent examples of some of our formal letters and pictures to Anthony Browne – his reply was very personal and addressed specific questions that the children had asked him.” 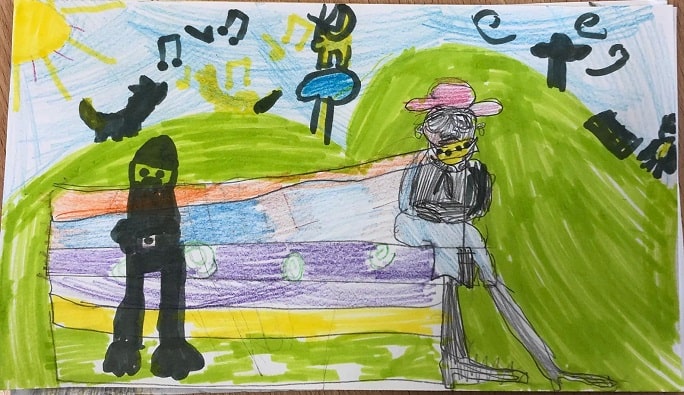 Here is the reaction from some of the Year 3 readers at RAPS about Anthony Browne’s stories.

Theo said: “I love all the fairy tales in Into the Forest and also the ‘spot the difference’ illustrations”; while Lloyd added: “Voices in the Park was amazing because it had dark and light themes.”

Indigo liked “the features of the different animals in Into the Forest”, while Sequoia added: “In ‘The Tunnel’ there is a small picture with a big black frame but the frame makes it look much bigger than it is.” 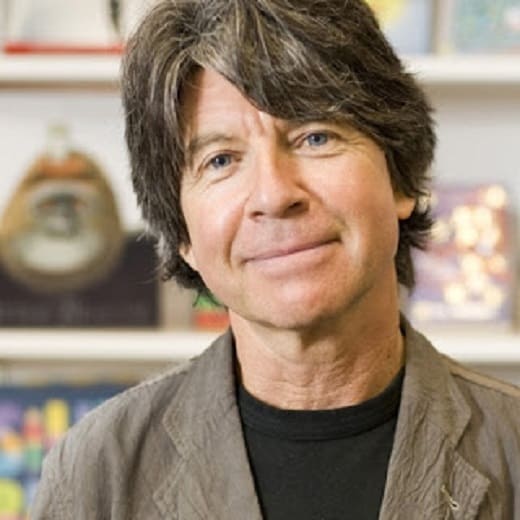 In his reply Mr Browne, who lived and worked from his Thanet home at St Nicholas for many years, wrote: “Thank you VERY much for your fantastic letters and drawings! I’m delighted that you like my books.”

He was questioned about why he wanted to become a writer and illustrator. He replied: “It happened by accident really. I always liked making up stories and knew I wanted to draw and paint. After going to art college in Leeds I worked as a medical illustrator, painting operations, then I designed greeting cards.

“One day I thought I’d try to make a picture book and it eventually became Through the Magic Mirror. Now I have, for me, the best job in the world – I’m being paid for doing what I loved to do as a child.”

Head of School Nick Budge said: “To be able to interact directly with a famous author whose works really fired their imaginations is a terrific incentive for our children. 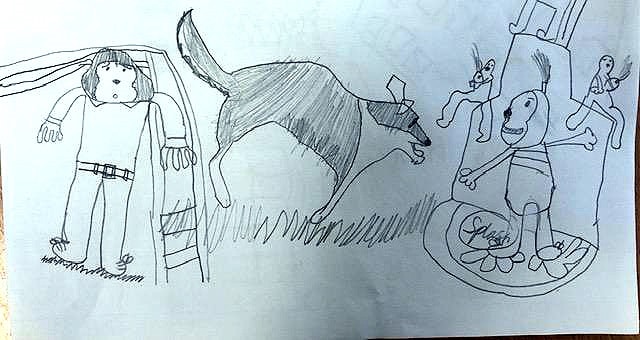 “They were thrilled to get a detailed reply and we let children have copies to take home and show to their parents. We will also frame the original reply and include it with our arts displays in reception.

“Mr Browne’s work has entranced generations of children and adults; there is always something a little extra to find in his illustrations and his stories have themes that boys and girls can really relate to – his work is captivating and inspirational.”

Mr Browne’s website refers to his many awards. He writes: “I have published 50 books, and amongst the awards that my books have won are the Kate Greenaway medal twice, and the Kurt Maschler ‘Emil” three times.

“In 2000 I was awarded the Hans Christian Andersen Medal, an international award given to an illustrator for their body of work. I was the first British illustrator to receive the award.

“My books are translated into 26 languages and my illustrations have been exhibited in many countries – U.S.A., Mexico, Venezuela, Colombia, France, Korea, Italy, Germany, Holland, Japan, and Taiwan, and I’ve had the pleasure of visiting these places and working with local children and meeting other illustrators.

“In 2001-2002 I took a job as writer and illustrator at Tate Britain working with children using art as a stimulus to inspire visual literacy and creative writing activities. It was during this time that I conceived and produced The Shape Game. From 2009-2011 I was the Children’s Laureate.”