Jason, 50, completed one mile every hour on the hour in the challenge is to raise funds for Pilgrims Hospice in memory of his dad Terry Brown.

Terry was a keen runner, conquering routes such as the Great South Run. But in December last year he was diagnosed with pancreatic cancer and sadly lost his life to the disease on February 15 at the age of 74.

Jason vowed to take on the punishing challenge to raise cash for Pilgrims which helped Terry after his diagnosis.

Jason’s wife Lynnette organised a support crew children, family and friends all taking turns to run each hour with Jason except the first and last which were dedicated to Terry.

The 24 hour run was done in one mile loops from Jason’s home in Northwood Road with the final loop ending in Millennium Way. 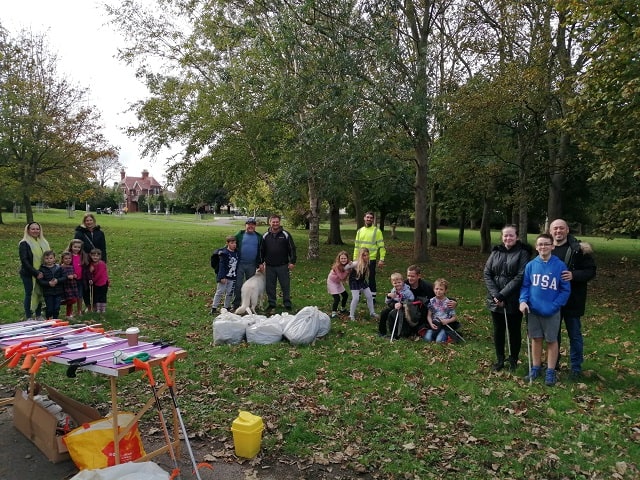 Residents and volunteers have taken part in the first Friends of Dane Park litte pick.

Among the group were Palm Bay sisters Holly and Sophia Manclark, aged 8 and 5,  and their dad Scott,who have been on a  clean up mission after noticing the amount of litter across the Palm Bay estate when they were out for exercise during the lockdown restrictions.

Pharma worker Scott, 41, said: “The girls have been busy again with lots of help from residents around Dane Park. It was such a good turnout. Lots of children took part which I’m so pleased to see. They were all educated about the effects of littering. 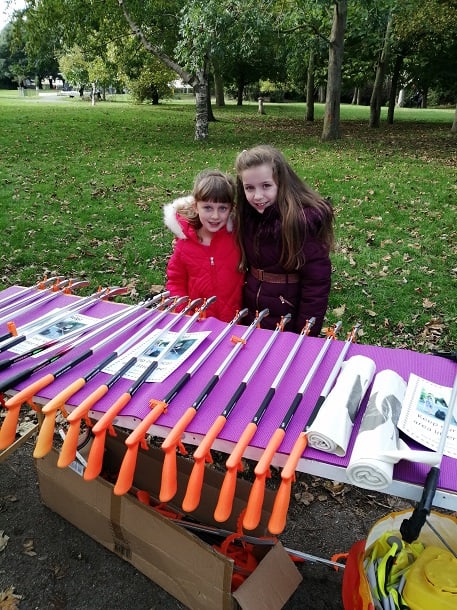 “Unfortunately one volunteer found needles but these were quickly cleared. We had a sharps box. We plan on doing another in the near future. Dane Park is beautiful and deserves to be treasured by us all.”

A grand total of 12 nominations were received for this year’s Town Pride Awards, as having enhanced the built environment. The calibre of nominations received indicates a growing awareness amongst the Society’s members of the major contribution that the renovation of often run-down properties, the erection of well-designed new properties and community projects, make to the overall attractiveness of our town.

We are delighted to reveal that there are two worthy winners this year, who will be receiving a Town Pride Plaque and Framed Certificate, namely:

The Margate Caves Visitor Centre, 1 Northdown Road, Cliftonville (In recognition of innovative and sensitive design, making a major contribution to the regeneration of an important community amenity and to the local area)

In addition to this, there will be five recipients of Town Pride ‘Highly Commended’ Certificates, who have yet to be informed.

The Plaques are to be presented to the two winners by the Society’s Chair, Pamela Pople, accompanied by members of the Judging Team.

Pamela said: “This has been such a difficult and surreal year and obviously, due to Covid-19 restrictions, we have not been able to hold our usual event at the Walpole Bay Hotel but I should like to thank my fellow judges who have been involved and am delighted that we have been able to end the year ‘on a high’, albeit in a lower-key way.

“This is the ideal opportunity to celebrate the positive impact that projects have made in the local area, rather than reflecting on the negative, so this year in particular will stand out amongst all others. Croft Cast Signs were again commissioned to create the bespoke durable blue plaques depicting the Margate Clock Tower, which has become a symbol of our Society.

“I am delighted once again that we received nominations of such a high calibre, resulting in two Town Pride winners and five ‘Highly Commended,’ each of these reflecting the exceptional high standard of new projects that have been undertaken in the areas of Cliftonville, Margate and Westbrook. These projects contribute greatly in raising the ethos and a sense of pride in our community.”

Taking place on Wednesday 28 October, the first at 11am will be a Baking Masterclass with Harrods’ Executive Pastry chef. The second at 3pm will be Story Time & Drawing with author and illustrator Sophy Henn.

Classes are free but donations are welcome. All money raised will go towards vital services including Childline, where, since lockdown began, they have delivered over 91,000 counselling sessions to children who needed help.

To register please go to www.nspcc.org.uk  and search for ‘Holiday Camp’.