A Thanet takeaway and restaurant owner says the council is penalising businesses at The Centre in Margate by charging £1,000 per year for parking permits and then later saying no permits would be available until next April.

Added to the on-off parking are new signs saying parking and loading is banned at the site which is at the rear of Thanet council’s offices.

Matt Day, who opened Day’s Grills restaurant and bar at The Centre in July, says businesses will suffer if they are unable to use the space for deliveries and has accused Thanet council of placing  an unnecessary financial burden on small traders with the ‘inflated’ parking fee.

Matt, 32, first received a letter from TDC in August saying seven bays were available at the rear of the offices at a price of £1,000 per bay per year, plus VAT and business rates.

But Matt, who lives in Broadstairs, says the parking was included in his lease agreement and challenged Thanet council to supply him with the proof that a Traffic Regulation Order had been agreed to allow such charges.

This month traders received a new letter from Thanet council stating parking at the site was suspended except to “authorised vehicles” with “a valid parking permit.” This will be the case until the reserved bays have been approved in the annual fees and charges, which will not come into force until April 1. 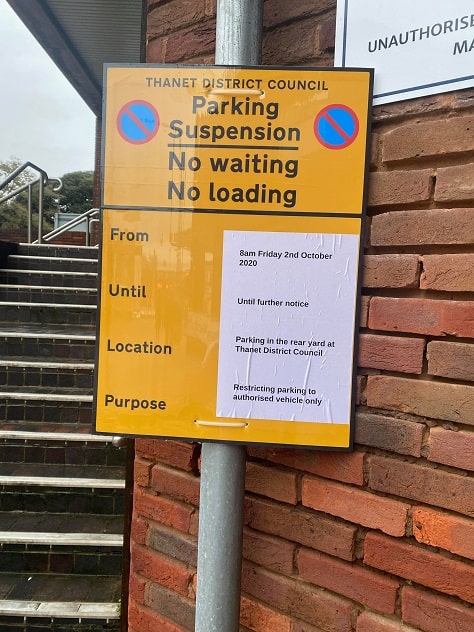 Matt, who also has a Day’s Grills branch at Manston and another due to open in Hastings, said: “In a time when Thanet council should be helping small and very new business they are just causing a financial burden for us to go about our day to day activities.

“We can’t park without a permit but we can’t get a permit until April. The signs now state no unloading so we can’t even do that. This will make all the businesses suffer if we abide to it.

“The parking spaces are to the rear of our building. The lease agreement states the spaces are for the tenants of The Centre.

“When I first challenged this TDC sent a letter to all businesses stating we would need to apply for a permit and that it would cost £1000 per year. I believe this did not go to a committee to review the fees and charges nor did the councillors agree this.

“Parking there has apparently worked fine for 15 years so why the change now? Small businesses are trying to help the regeneration of Thanet, especially during this pandemic. Why aren’t TDC supporting this?

“Why do they even want to charge business rates on a parking space, they don’t charge that on any other business permits across Thanet. The charges they have set are not relative to other business permits in Thanet that cost a few hundred pounds. I feel penalised by TDC. They should be doing everything they can to help small businesses. I don’t mind paying for a permit but I feel it should be a standard cost across Thanet.”

The latest communication from Thanet council has now resulted in no parking being allowed on the plot unless by ‘authorised vehicles’ as Matt found out when he was issued with a ticket this month.

He said: “I have appealed the ticket and asked to see the traffic regulation order for that area.” 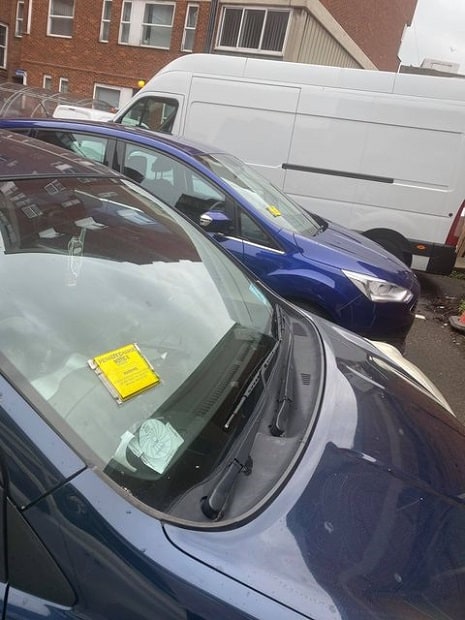 A Thanet council spokesperson said:  The area behind the council building, just off the B2055, is private land owned by Thanet District Council. The lease with the Centre’s managers (LCP Group) and their tenants does not include parking.

“ It is not currently a public car park and at present no income is generated from bays in this area.

“Given the interest from some businesses who back onto this land, we are offering them the opportunity to apply for an annual license for a designated parking bay. An annual fee of £1,000 is in line with other parking bays licensed to businesses in our public car parks, such as Crofts Place.

“The rear yard of the council offices is, and has historically been, included in the Off Street Traffic Regulation Order. This is viewable on our website Parking and Roads.

“Temporary signage has been put up so that drivers are clear about the restricted parking.”