Who did you spend lockdown with? We’ll soon be there again so it’s worth thinking about. I can recommend a Welshman (well mine anyhow). They sing a lot, enjoy a discussion, make good tea – and tend to be very cynical about most politicians.

And it’s the politicians who share your life most at the moment, making decisions about what you do and who you do it with, how often you wash your hands and all the magic rituals of how to get a covid test, where to get it and who should just forget about it because you’re just making a fuss about nothing.

Also, in the long run, they are deciding who lives and who dies. Whatever the scientists are recommending, it’s the government who decides how to prioritise spending and who to give the vast sums being spend on testing and tracing. And mostly it’s not the NHS!

Do we get a say? Have you been asked how you want this disaster dealt with? We see Boris shaking his hoary locks and stumbling over his words as if he’s having trouble remembering what the latest bit of awful news is, and trying not to laugh because he’s had the virus and probably feels invulnerable. 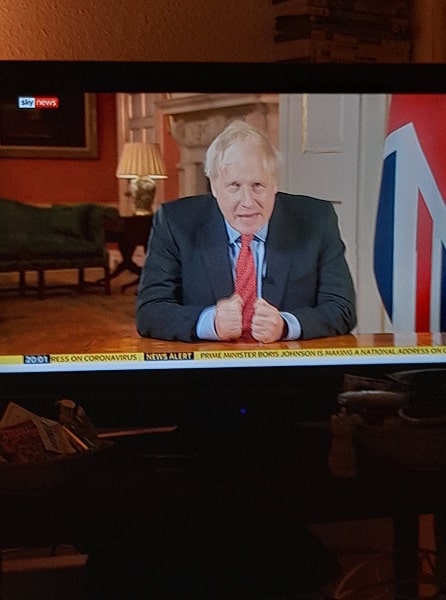 Our local MP, Craig Mackinlay was on telly grumbling he’d not been consulted either. But not on covid. He was much more exercised about the new traffic measures in Broadstairs. You know, the pedestrianisation of Albion Street that was supposed to get people walking or on their bikes and keeping fit in lockdown and keeping socially distanced on microscopically narrow pavements. Except wasn’t really pedestrianised – buses, taxis, deliveries, local residents and people who just didn’t read the signs could still scare the odd silly person, like me, who walked in the road and nearly got run down by a cyclist avoiding a taxi.

And the disabled parking outside the Albion Hotel was apparently to be turned into a cycle rack! Well, how thoughtful! That would have got my friends out of their wheel chairs and onto a racing bike….

The scheme’s now all been rethought and is near enough scrapped all through Thanet – lasted less than a week, but is creating work for people who can write neatly on roads. I like to think that all the people like me who poured scorn on the idea after a close encounter with a confused car contributed to its withdrawal. Who thought it up? 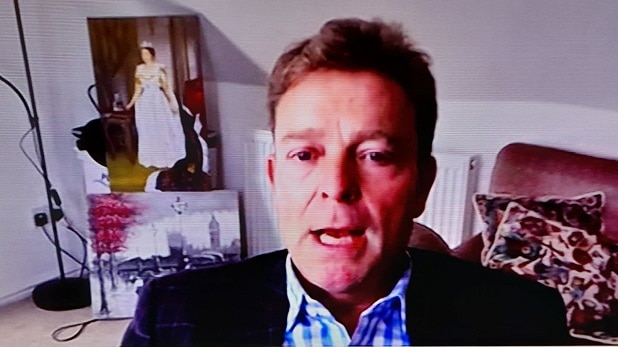 Craig was quite passionate about it. But it’s hard to hear what people are saying when you’re busy examining the room they’re in. Craig has a full length portrait of a youthful Queen in a crinoline balanced just by his door. And a deep red leather sofa with really nice red and cream cushions (hand embroidered? – where did you get them Craig? Don’t they come in blue?) I’d worry about the electric sockets being so exposed with a toddler in the house…. What were you saying, Craig? Oh, you’re not being consulted about anything. In fact Parliament isn’t being asked to decide about much at the moment.

If that worries you, you could think about the people really getting politicians’ attention – the XR rebels who tied up Roger Gale’s office in crime scene tape because of climate crimes. 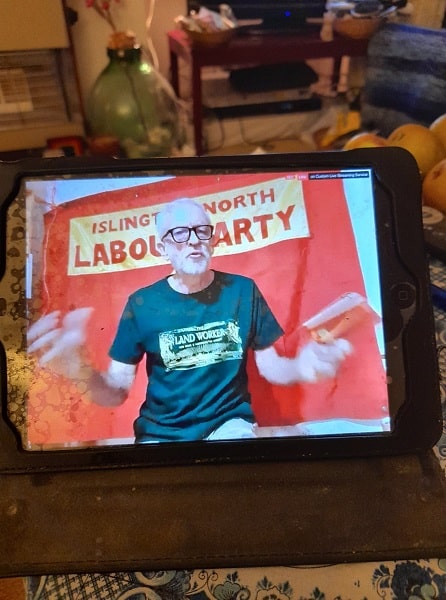 The politician who gladdened my heart the most was Jeremy Corbyn in a zoom meeting, looking relaxed and prepared to hold the government to account even more now he’s lost the pressure of being on the front bench. He’s back in campaigning mode – don’t stop fighting against what you think is wrong and don’t think any cause is lost – ever! We are the grass roots, we are the people, it’s our lives on the line if the government messes up again.

Or if the County Council makes a silly decision. We have the power! We will walk in the road and occupy the disabled parking bays and we won’t give up until we’ve changed the world – or at least got the lift to the beach open again!