The transformation of what is believed to be the oldest shop in Broadstairs started with an idea for a logo and a barbecue chicken grilled sandwich.

The former Hazell’s butcher shop in the High Street has been taken on by  Westwood resident Steve Lawrence, whose brother Chris runs the Star of the Sea next door. 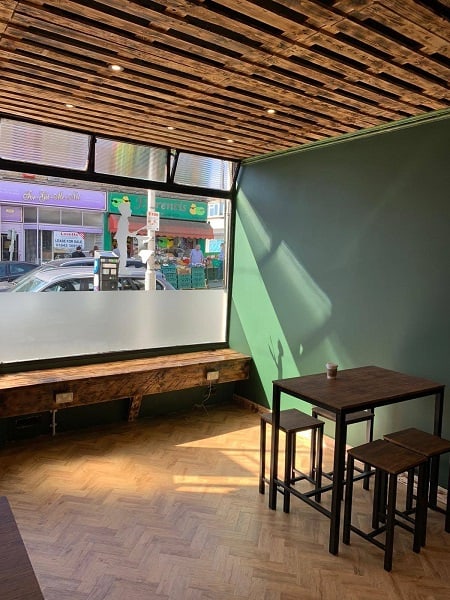 The former Hartsdown student said: “I was in the Navy and then I was in sales. I always have about a thousand ideas a day and am always thinking of what’s next. But this was the first time that I wrote anything down.

“I created the logo and sent it to my mum and then said where I did this had to be in Broadstairs because of the Charles Dickens link and it was key to this town. I did the logo and name, put in on a bag and said to my mum ‘what do you think?’ 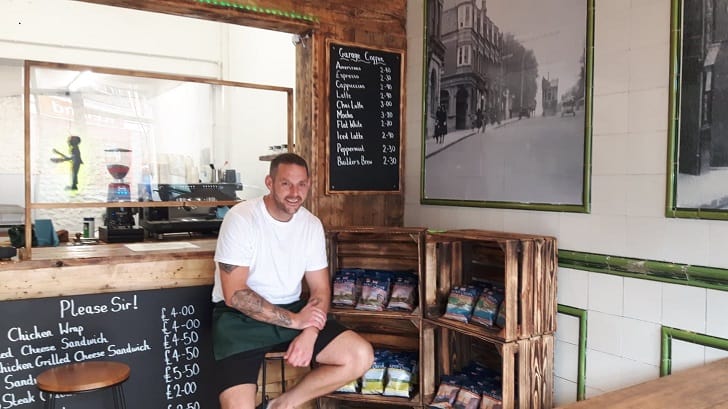 “I love food although I am not educated in cooking but I strongly believe start with the best ingredients, have a good palate and a whole lot of passion and you will get results.

“So, I went to my brother and said try this barbecue chicken grilled sandwich and that’s the one that kicked it off!”

The interior has been created by Steve, from the reclaimed wood seating to the unusual palette ceiling.

He said: “I think it has a really good vibe, it is vibrant and I love the Victorian tiles.” 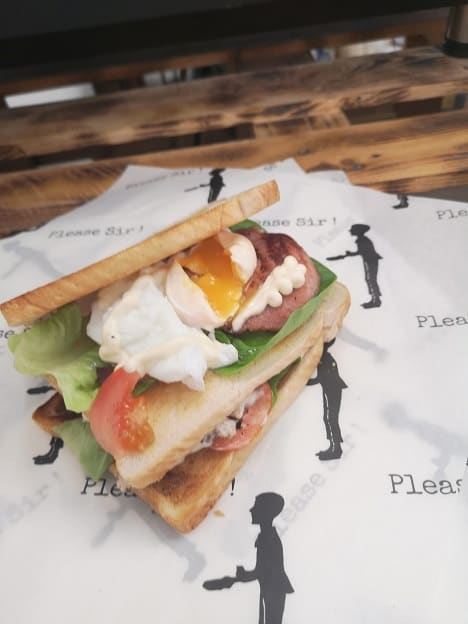 One wall has been painted a deep green and will be used to showcase large images by local photographer Chris Wright featuring Viking Bay.

Steve said: “I will rotate them every two or three months so they reflect the seasons. You can’t capture how amazing Viking Bay is in just one photo.”

Steve’s mum, who also owns Star of the Sea, has helped with funding the venture which opened its doors on September 5.

Ingredients are being sourced from local businesses such as Prentis for veg, Crusties for bread and meat from Chef and Butchers. 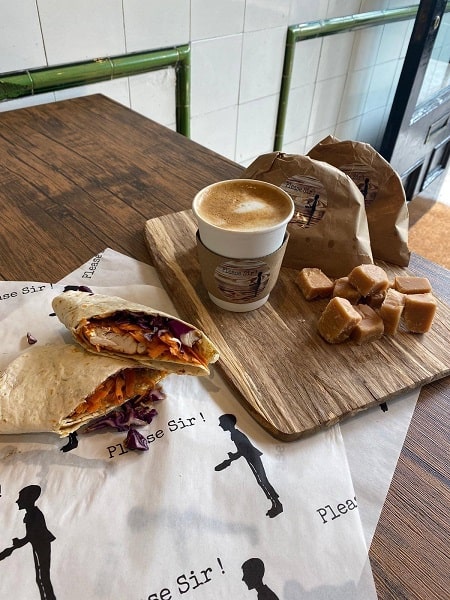 Offerings include a range of coffees (we can vouch for the Latte), bacon and egg bagels, marinated chicken wraps, grilled sandwiches, steak ciabatta, pancakes and more.

The plan is for staple ingredients to remain in use but to change it up with a mix of tastes, from sweet chilli jam to grated carrot and peanut sauce. 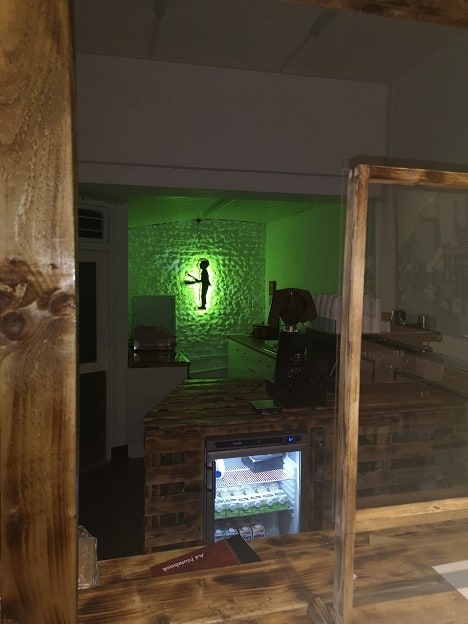 Steve is planning to create his own sourdough bread and pizzas and ciabattas with new oven equipment which is due to arrive and evening events could also be on the table.