Veterans and cadet representatives attended the ceremony hosted by Margate mayor and mayoress Mic and Shirley Tomlinson and the Margate Charter Trustees in the Old Town. 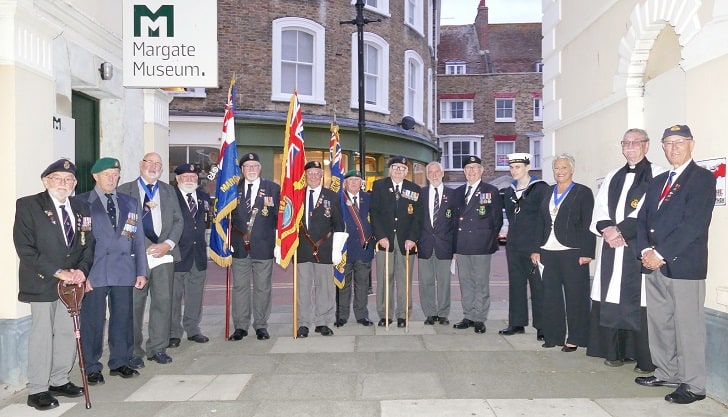 It was on this day in 1939 that within hours of World War Two being declared the Merchant Navy suffered the UK’s first casualties when the liner Athenia was torpedoed and sunk with the loss of 118 lives, both crew and passengers.

During World War Two the country lost 2,524 merchant ships, 30,248 seafarers lost their lives and 15,081 were either missing or held as POWs, this was a higher percentage than the Armed Forces.

On May 7, 1945 the Merchant Navy suffered the last casualties of the conflict when the cargo vessel Avondale was sunk with the loss of two lives.

The Merchant Navy and merchant seafarers kept the country and the Commonwealth supplied with food, clothing and oil and transported thousands of troops and millions of tonnes of equipment to the theatre of war. 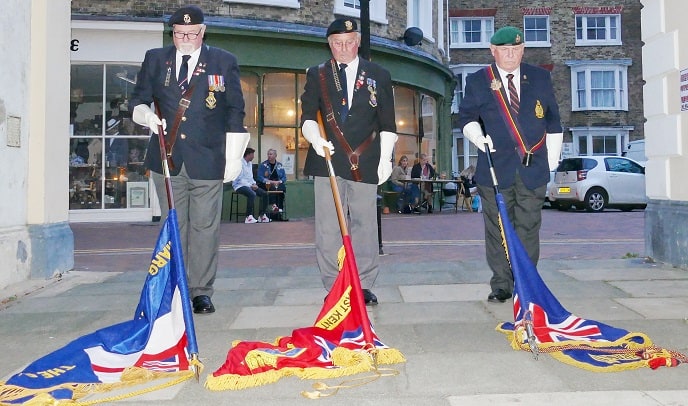 Sadly many commemorations this year were cancelled, including the parade at the National Merchant Navy Memorial at Tower Hill in London but the Margate Remembers service went ahead, followed by drinks in the Bull’s Head pub.